Join the ranks of the industry's best cheese makers 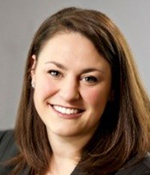 “The United States Championship Cheese Contest has steadily grown, with especially enthusiastic participation over the past decade, as cheesemakers and distributors have witnessed the marketing potential of a gold, silver, or bronze medal win,” said Kirsten Strohmenger, Events Manager for the Wisconsin Cheese Makers Association (WCMA), the USCCC’s host organization, in a press release.

The event has been hosted biennially since 1981 and is celebrating its 20th anniversary in 2019.

In 2017, the contest saw a 22 percent increase in entries and featured a record-setting total of 2,303 products from 33 states evaluated by Contest judges. Sartori Reserve Black Pepper BellaVitano, made by Wisconsin Master Cheesemaker Mike Matucheski at Sartori Company’s Antigo, Wisconsin facility, took home top honors and earned the title U.S. Champion Cheese with a 99.02 score out of 100. 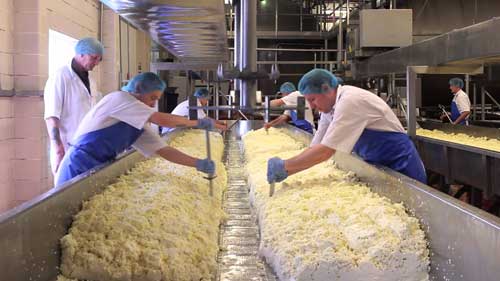 New for 2019, the Contest is adding judging categories for traditional waxed cheddars, natural rinded cheddar, other hard cheeses with natural rinds, and burrata. Entries across 106 different categories will be judged on technical merits and characteristics including a product’s flavor, body, texture, salt, color, finish, and packaging.

The Contest’s 2019 judging team will be led by Contest Chief Judge Jim Mueller. Mueller has more than four decades of experience as a cheese grader and industry food safety authority. Mueller long served as an Assistant Chief Judge under Robert Aschebrock—who will now join Bill Schlinsog as a Chief Judge Emeritus. 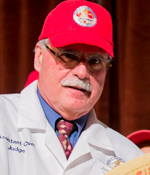 “I recognize the great privilege and responsibility that comes with service as the Contest Chief Judge, and I’m honored to take on the task,” said Mueller. “Supported by more than 50 cheese experts—graders, buyers, and scientists—our mission remains, as ever, to seek out the very best cheese, and to elevate the craft of cheesemaking across the country.”

According to the WCMA’s press release, competitors in next year’s competition will have real-time access to product scores and evaluations through MyEntries©, a secure online entry system. The fee for online submissions is $65 per product, a $10 savings from the cost of paper entries. The Contest entry window will be open through January 31, 2019 at USChampionCheese.org. Entries will be evaluated March 5-7 at the Lambeau Field Atrium in Green Bay, Wisconsin.