Out of almost 3,000 entries, how did this Wisconsin-based company win "World's Best" cheese?

For the first time since 1988, a cheese produced in the United States of America was awarded first-place at the World Championship Cheese Contest that took place March 7-9. The big cheese itself? Grand Cru Surchoix, made in Monroe by company Emmi Roth USA.

The multi-national contest is often touted as the world's largest technical cheese, butter, and yogurt competition, this year hitting a record of 2,948 entries. Representing 23 nations and 31 U.S. states, the Wisconsin Cheese Makers Association hosts the ceremony in Madison, Wisconsin, with 48 expert judges weighing in on what makes the world’s best product. 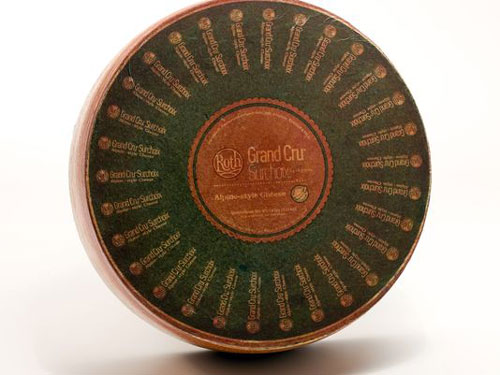 Showcasing light floral notes, nutty undertones, a hint of fruitiness and a mellow finish, Emmi Roth USA has been perfecting Grand Cru Surchoix since 1991. Using Wisconsin milk in authentic copper vats, this crumbly alpine-style cheese costs about $17 to $22 per pound, according to the Wausau Daily Herald.

First runner-up went to Urnäscher Hornkuhkäse, a smear-ripened semi-soft cheese made by Johannes Schefer of Switzerland, while the second runner-up was North-Holland BOB, an aged Gouda from Friesland Campina Export in the Netherlands.

For more on who else took home big awards, keep following DeliMarket News.