WhiteWave Foods to be Acquired by Danone for Over $10 Billion

Danone doubles its U.S. reach with this massive acquisition

Health-oriented and organic food products have changed on a national and international level, as the France-based Danone has announced a deal to acquire WhiteWave Foods Co. for $10.4 billion.

WhiteWave Foods is well noted in the North American markets for its consumer-minded health foods, which includes brands such as Silk, Horizon Organic, and Earthbound Farm. Analysts have quoted to Bloomberg that the company’s sales are expected to increase 11 percent this year, after doubling since 2010, with 86 percent of its revenues coming from North America alone.

"Danone is a unique company with distinctive capabilities that will enable WhiteWave to reach its next phase of growth," said WhiteWave CEO Gregg Engles in a statement, according to USA Today. "Danone is a great cultural fit for our organization and I am excited for our employees."

The deal is expected to close later this year, and according to Danone, will be entirely debt-financed with earnings which are expected to boost from the first year following the deal’s close. This acquisition is poised to double Danone’s U.S. footprint by increasing its North American business from 12 percent of its portfolio to 22 percent.

“We found in WhiteWave the perfect alliance as we both believe in a healthier future and are conscious of our power to lead society forward,” said Danone CEO Emmanuel Faber in a statement, according to USA Today. “This unique combination positions us better to address tomorrow’s consumer trends." 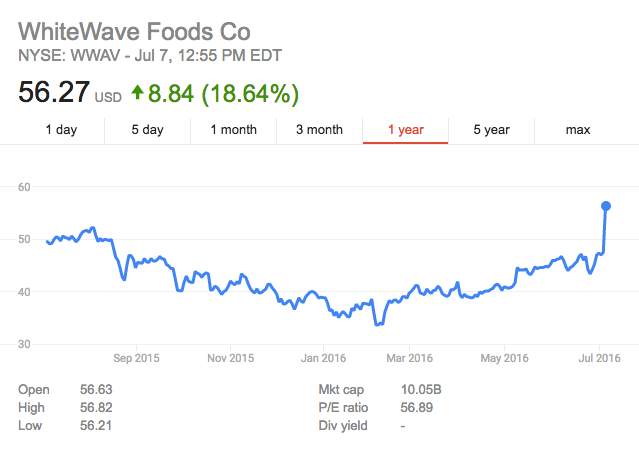 Analysts have also speculated that WhiteWave investors could still be expecting a higher bid as the company’s share rose to a record high of $56.82 and remained above Danone’s offer price, as stated by Reuters.

This deal is Danone’s first major transaction following Faber’s appointment as Chief Executive in 2014, and his subsequent pledge to place the company in strong and sustainable growth. After closing, the deal will position Danone as a global leader in consumer health-food brands.

"We are creating a truly global leader in line with lasting consumer trends for more healthier options," Faber stated in a call with analysts, according to Reuters. 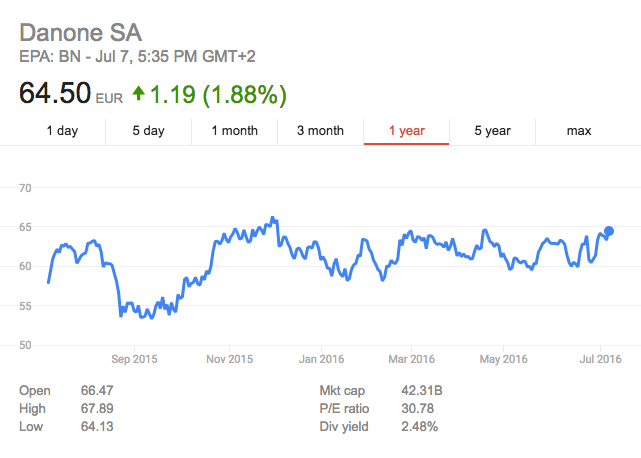 Should the deal fall through, WhiteWave will reportedly have to pay Danone $310 million.

As the influence of consumer-demand for organic and health markets continues to rise, and more details on this major acquisition are released, Deli Market News will have the latest.

Changing the way the world eats for the better.