Fresh on the heels of a successful showing at both IDDBA and Summer Fancy Food Show, the Wisconsin Milk Marketing Board (WMMB) is announcing the promotion of Abby Despins to the position of Director of National Product Communications. Her new role will see her spearheading national public relations and social media campaigns for WMMB. 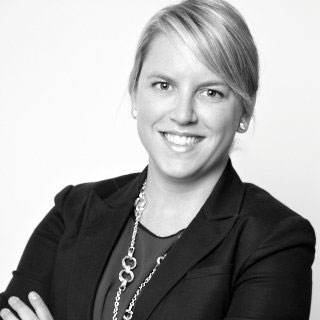 "I am excited to continue my work at WMMB in this new role on the National Product Communications team," Abby told me about her new undertaking. "As a Wisconsin native, I am proud to represent the dairy farm families of Wisconsin and work with a team of people so dedicated to Wisconsin’s dairy industry."

Despins began her tenure at WMMB in 2014 as Public Relations Manager, where she used her nearly a decade of experience in public relations, social media, and strategic marketing communications. Prior to her role at WMMB, she worked in a variety of agency, corporate, and nonprofit roles.

According to a press release, since joining WMMB, Despins has worked with cheese companies, food bloggers, and industry media to share the company’s message on a regional and national level through targeted social media and public relations efforts.

Despins will now be focusing on managing national product communications for the Wisconsin cheese and dairy industry, including consumer social media and events, as well as foodservice, retail, and consumer media relations.

We recently interviewed Abby about the upcoming trends she’s seen in the Wisconsin dairy industry, so stay tuned to Deli Market News for that video exclusive!