Just how much cheese went into making this ginormous structure of cheddar? Find out here 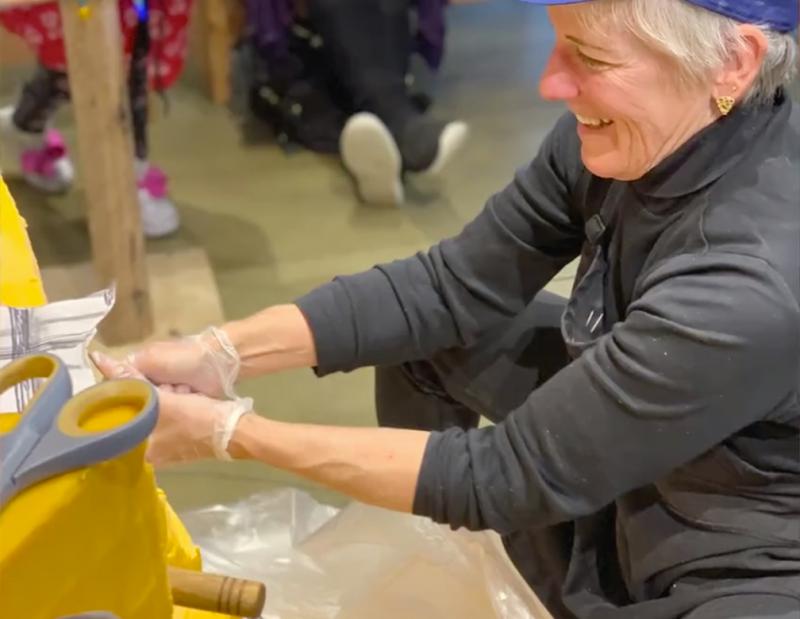 The carving lasted two days and was done in the chain’s newest location in East Meadow, New York. Into a five foot tall, 4,013 pound block of Henning’s Wisconsin Cheese was carved the store policy: “Rule one, the customer is always right. Rule two, if the customer is ever wrong, reread rule one.”

As Kaufman worked, the 551 pounds of cheese that got shaved away was made into free grilled cheese sandwiches for the onlooking crowd. The sculpture will reportedly be sliced and sold at all six Stew Leonard’s locations across New York and Connecticut. 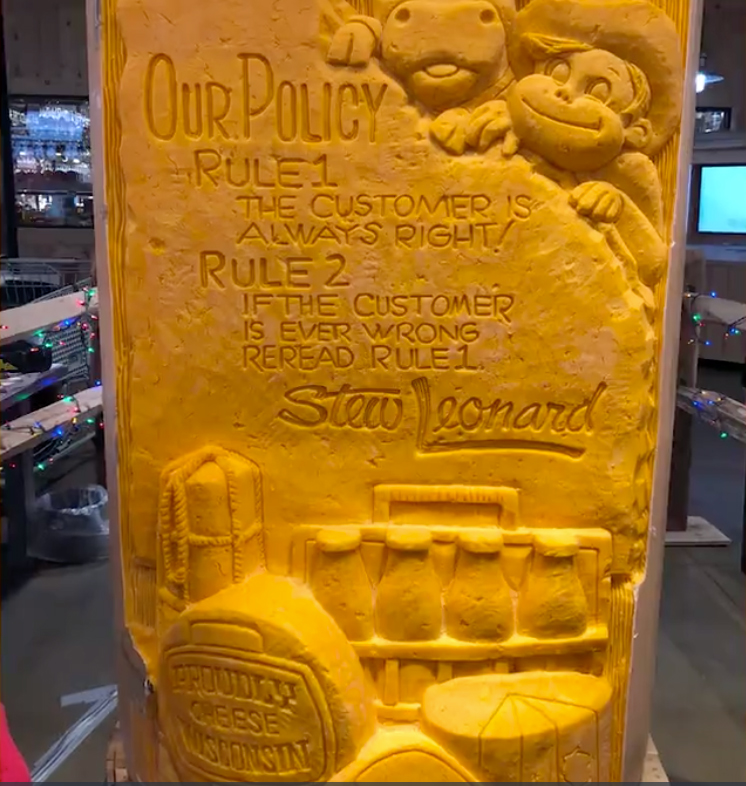 While Kaufman achieved her goal of carving the salty sculpture, it has not yet been able to be confirmed as the world’s largest cheese statue… at least not yet. A representative of Guinness World Records was quoted in a conversation with The Daily Meal stating that while the application for the sculpture had been received, it has not been fully reviewed. As the review process can take up to 15 weeks, and applications to the World Records can flood in at as many as 1,000 per day, it may be a while yet until a verdict is reached.

Current champion of the category is the 1,524 pound statue carved in 2015 by The Melt sandwich shop of Hollywood, California. Deli Market News wishes Kauffman the best of luck in beating the current record and will continue to report delightful dairy artistry and industry news.