Nestlé is bidding adieu to its longstanding confectionery business, announcing that Ferrero will buy the division for $2.8 billion in cash. In 2016, confectionary sales at the company hit as high as $900 million, and had represented about three percent of U.S. Nestlé Group sales.

“With Ferrero, we have found an exceptional home for our U.S. confectionery business where it will thrive,” said Nestlé CEO Mark Schneider. “At the same time, this move allows Nestlé to invest and innovate across a range of categories where we see strong future growth and hold leadership positions, such as pet care, bottled water, coffee, frozen meals, and infant nutrition."

Nestle’s confectionary brands run the gamut as far as iconic names in the candy aisle. In both chocolate and local sugar brands, a few names you may recognize are as follows:

While Nestlé will continue to develop strategic growth for its Toll House baking products and continue to grow its global confectionary brands, including KitKat, according to a press release, the move does mark a push away from some of its less-healthy-seeming products. As reported by Reuters, the consumer shift away from sugary foods has led Nestlé to focus on “nutrition, health, and wellness.”

Ferrero will acquire Nestlé’s U.S. manufacturing facilities in Bloomington, Franklin Park and Itasca, Illinois, and the confectionary-related employees, and will continue to operate through the offices in Glendale, California, as well as from its other current locations in Illinois and in New Jersey. With this acquisition in place, Ferrero will now become the third-largest chocolate company in the U.S. and globally, according to a separate release.

“We are very excited about the acquisition of Nestlé’s U.S. confectionary business, which has an outstanding portfolio of iconic brands with rich histories and tremendous awareness,” Giovanni Ferrero, Executive Chairman of the Ferrero Group, said. “In combination with Ferrero’s existing U.S. presence, including the recently acquired Fannie May Confections Brands and the Ferrara Candy Company, we will have substantially greater scale; a broader offering of high-quality products to customers across the chocolate snack, sugar confectionary and seasonal categories; and exciting new growth opportunities in the world’s largest confectionary market." 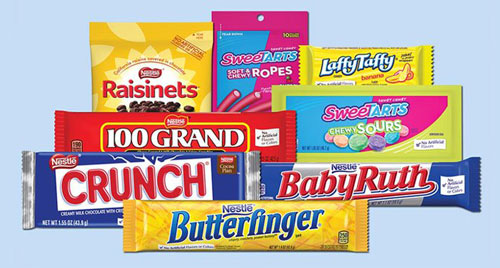 Ferrero concluded, "We look forward to welcoming the talented team from Nestlé to Ferrero and to continuing to invest in and grow all of our products and brands in this key strategic and attractive market.”

The transaction is expected to close around the end of the first quarter of 2018 following the completion of customary approvals and closing conditions. Deli Market News will keep you apprised with the latest updates as the story develops.