With a record 24,940 attendees from 63 countries, the newly-rebranded association celebrates the success of its trade show

The 25th annual NACS smashed records at this year’s busy trade show, with more attendees and a grander expo than ever before. The NACS Show, a premier event for the convenience and fuel retailing industry, featured four days of general sessions, 60 educational sessions, and 1,263 exhibiting companies in a record-setting 425,800 net-square-foot expo. With over 63 counties represented, the 2017 NACS Show previewed 8,502 retailers and convenience distributors to 24,940 attendees—a 7% increase from last year—according to figures released by NACS in a press release.

Along with record-breaking attendance, this year’s NACS Show found success in the happenings on its show floor.

Attendees could also choose from educational sessions covering relevant industry topics such as foodservice and food safety, leadership development, marketing, technology, and fuels, with select general and educational sessions translated into Portuguese, Spanish, and Mandarin Chinese in order to reflect the growing international opportunities offered at the show. 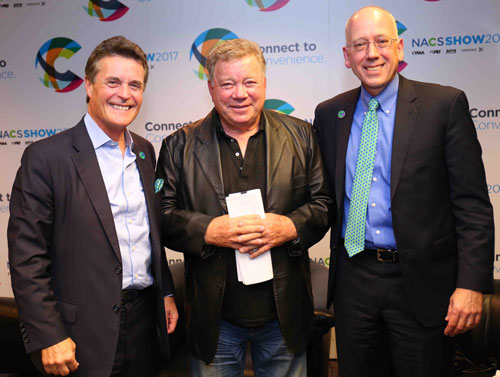 Extending the value of the expo, the popular Cool New Products Preview Room showcased 312 new products and services from 186 companies. Preview Room Visitors could use handheld scanners to capture product and booth information of the exhibitors they were interested in, with attendees accumulating nearly 20,000 total product scans. The New Exhibitor area was also a popular destination for attendees and highlighted 200 exhibitors new to the convenience and fuel retailing industry and NACS Show.

Attendees also experienced the new brand identity of NACS, which focused on the ‘C’ in convenience.

“I love the versatility of the ‘C’ with our rebrand. It certainly stands for convenience—but it can stand for so many other aspects of our industry,” said NACS President and CEO Henry Armour, noting some of the other unique industry facets that the C represents. For example, the C also stands for customers as the U.S. convenience store industry serves more than 160 million customers per day—half of the country’s total population.

C also stands for community, which was highlighted by the donations to local food banks both before and after the NACS Show. Prior to the NACS Show, Tyson Foods Inc. and NACS partnered to donate a truckload of protein totaling 36,060 pounds to the Greater Chicago Food Depository to help fight hunger in the Chicagoland area. The Food Depository will distribute the donated food, equivalent to 144,240 meals, through its network of partner agencies, including food pantries, soup kitchens, and shelter services across Chicago and Cook County soon.

In addition, the conclusion of the NACS Show saw more than 52,000 pounds of refrigerated and frozen food product collected by Greater Chicago Food Depository volunteers, and 70,000 pounds of shelf-stable goods collected by the Ronald McDonald House for use in its local facilities and other charities. 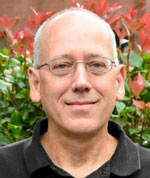 “We truly believe that c-store doesn’t just stand for convenience store—it also stands for community store, and we are proud to join Tyson Foods in supporting the Chicagoland community that we call home this week during the NACS Show,” said Jeff Lenard, NACS Vice President of Strategic Industry Initiatives.

The NACS Show is also a business meeting with newly elected members joining its Retailer and Supplier Boards. Joe Sheetz, President and CEO of Altoona, Pennsylvania-based Sheetz Inc., was named the 2017-18 NACS Chairman, and Jay Ard, Vice President of National Sales, Convenience Retail, at The Coca-Cola Company, was named 2017–18 Chairman of the NACS Supplier Board. 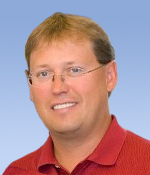 “Our industry's commitment to the communities we serve is truly amazing” said Sheetz as he talked about the industry’s focus on communities during his October 20th NACS Show speech. “We collectively contribute $1 billion a year to charities. But it's not about just stroking checks. It's about volunteering time, donating product, and supporting first-responders. There is no industry more grounded in their communities than we are.”

Highlights from the 2017 NACS Show as well as information on the 2018 NACS Show, taking place October 7–10 in Las Vegas at the Las Vegas Convention Center, can be found at nacsshow.com.

For more on the record-breaking happenings in the deli, dairy, and bakery world, keep following Deli Market News.