Sometimes, we get so caught up in doing life that we forget to embrace the possibility of a new path. If you’re lucky, the path may have been laid out long before your time. But for others, life can happen so quickly that a clear-cut path is never fully realized. This wasn’t the case for Tasia Malakasis, Chief Executive Officer of Belle Chevre. Though her path took a few detours, she never lost sight of the direction she was headed—one that would help her seamlessly navigate life’s intersections. Long story short, Tasia finally found herself as an innovative Chief Cheese at one of the industry’s pioneering goat cheese producers, and she hasn’t looked back since. 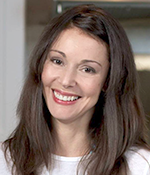 “Growing up in Alabama, I tell people that all I wanted to do was leave. If you found me happy, you found me in the kitchen, and I wasn't really sure what to do with the passion I had for food. So, I took a course at the Culinary Institute of America (CIA) in New York called Career Exploration,” Tasia told me with a grin. “I spent time in New York, Silicon Valley, and lastly, I was in Philadelphia before I jumped off a cliff and became a cheesemaker.”

Tasia started out in the tech industry, with most of her experience revolving around marketing and product development. After 15 years in the sector, she tried her hand at the CIA, but ultimately decided that her dream of having a family was not compatible with that lifestyle. An ambitious young woman aloft in the Big Apple, Tasia’s next move changed everything. 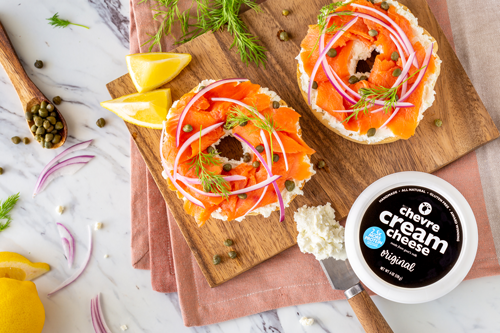 “I happened in on a high-end, gourmet store in Manhattan, Dean & DeLuca. I was looking at cheeses from all over the world and I picked up one that said on the label ‘Made in Elkmont, Alabama.’ And that was my first encounter with Belle Chevre,” she reflected. “I called the owner, Liz Parnell, and said, ‘I just quit my job and I'm coming home to make cheese.’ I worked for her for free for six months and then we made the transition. It was good timing for her to slow down and I had won her trust, so she passed the torch onto me.”

With her diverse background in marketing, Tasia quickly pivoted to rebrand her talents as a cheesemaker. She recognized a unique opportunity to introduce goat cheese as an everyday option, and she took it.

“I wanted to make something that was only found at the time in New York or Beverly Hills—I wanted to make it approachable and accessible to everyone,” said Tasia. “Goat's milk cheeses in other parts of the world are not considered elite or reserved for special occasions. They're made on farms and people incorporate them into their lives in an everyday way. My main goal has been to take these ancient recipes and make them more modern and approachable to Americans.” 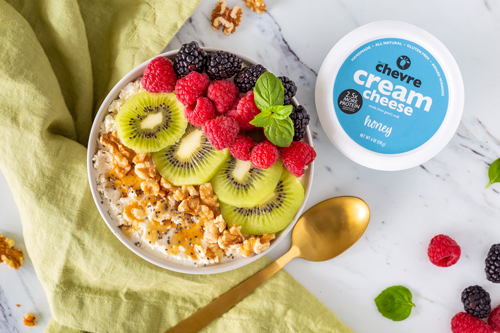 Her most monumental innovation, though, revolves around the cream cheese category. She took note of the diverse offerings popping up in other categories (like mayonnaise), and sought out to bring a cream cheese alternative that is not plant-based to the dairy aisle. Originally named Fromage Blanc, Belle Chevre then began to bolster its product as cream cheese.

“The innovation is really the milk source and the recipe,” Tasia began. “With traditional cow’s milk cream cheeses, they have to use a lot of stabilizers, giving it that really dense mouth feel. Typically, you have a store brand or Philadelphia, and there are a couple of vegan options that are popping up. But even the non-dairy alternatives contain ingredients with unpronounceable names. So, it's innovative in terms of what the standard is.”

From technical product development to cream cheese advocacy, Tasia Malakasis has managed to infuse whatever work she does with a passion for finding solutions to everyday challenges. Without her turbulent path that led to Belle Chevre, the company certainly would not be the same innovative goat cheese provider that it is today. For more from storied industry experts, stay tuned in to Deli Market News.