As a lover of cookie dough, I was excited to find that my prayers for an edible version have been answered by Big Dipper Dough Co. The new company, founded by 20-year-old Austin Groesser, delivers safe-to-eat, egg-free cookie dough in a range of tempting flavors, so dough-eaters will have a safe option when craving some pre-cookies. 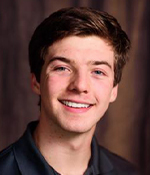 “You can eat it raw, or you can bake it,” Groesser commented. “Either way it’s out-of-this-world delicious.”

Groesser came up with the idea after running in marathons and having mega cravings afterward, which I can relate to in a profound way (just not the marathon running part). Driven by this hunger, the Big Dipper Dough Co. was created in his mother’s kitchen, where he fine tuned his edible cookie dough recipe, testing out a plethora of ingredients, including chocolate chips, oatmeal, cherries, coconut, and lots of sugar and spice. What emerged from that kitchen was a desirable product with out-of-this-world names, like Rocket Chip, Domination, Galactic Fusion, Super Cluster, and Antimatter (a gluten- and most allergens-free variety), as a reflection of Groesser’s fascination with space. Big Dipper cookie doughs are egg-free and the flour is heated to eliminate any bacteria. 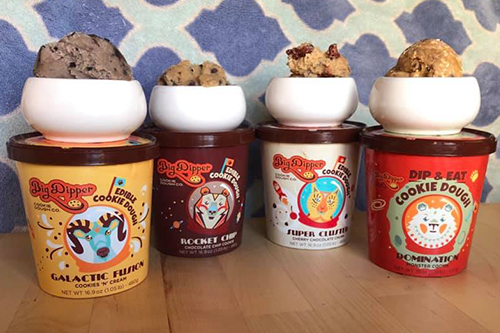 Taking a one-at-a-time retailer approach, Groesser launched his company’s retail presence first in a store in his hometown, but has since expanded to be carried in over 3,000 stores, according to a press release. He kicked off his creation with a grassroots campaign in his own community—the “Big Dipper Challenge”—where community members were invited to sample several edible cookie dough brands, including his own. Unsurprisingly, his cookie dough beat out all the competition.

Groesser makes an appearance at almost every trade show across the country, ready to answer questions or offer a free pint. With a mission to become the only household name for edible cookie dough, Groesser is on a path destined for greatness and has no qualms putting in the hard work to get there. 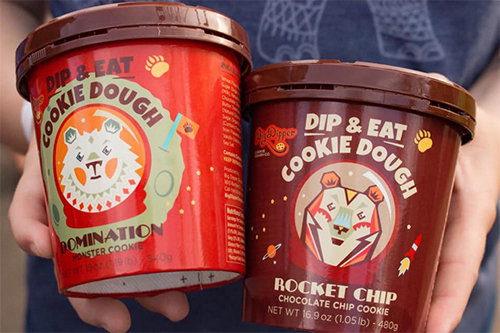 “It’s good to be young, able, and willing to do the hard work to build a company. And looking up to the night sky to see the Big Dipper,” he commented.

Keep reading Deli Market News for news about fresh and exciting companies like this one.

Big Dipper Cookie Dough produces egg-free, risk-free, edible cookie dough! We allow the consumer to get their sweets fix without the risk! All-Natural and backed by 110% Money Back Guarantee! Try...