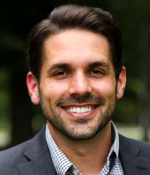 “The announcement is a testament to our entire community, to our workforce, and the business environment we provide,” Jackson Mayor Scott Conger said.

The investment will expand the plant to a total of 360,000-square-feet and bring 400 new jobs to the city. According to Food Dive, Conagra currently manufactures its sausage brand Odom's Tennessee Pride in Dickson, and that facility is expected to close in the fall of 2021. The new site will now include the production of breakfast and snack sandwiches for Odom’s as well as Sandwich Bros. of Wisconsin. WBBJ reports that Factory Manager John Goodwin says the expansion will happen quickly, with the hiring process starting this year and the first case of production expected in January of 2021.