Teaming up with another plant-based contender, the mega retailer shows its support for the next generation of meat

It seems that every retailer is seriously dialing into the vegan sector, supporting brands that offer plant-based alternatives to consumers of all walks of life. Doesn’t matter if you’re flexitarian, vegetarian, vegan, or just plain curious, grocers know the value in offering meat substitutes. Costco previously announced a partnership with Don Lee Farms to start selling plant-based patties and it has once again stepped into the newswire light with its launch of Nestlé’s Awesome Burger. 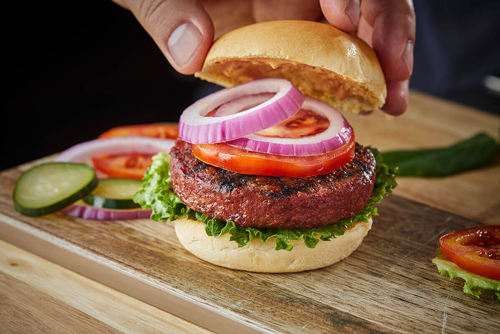 Select Costco locations in Texas and the Midwest began selling these patties last month, leaving many to wonder when the nation-wide launch will occur. According to a report from LIVEKINDLY, the patties are being sold in bulk; each Awesome Burger box contains six quarter-pound patties and retails for $10.79. No word has sprung up yet, but as readers of DMN know, we’re always on the lookout.

Nestlé-owned brand, Sweet Earth, produces the Awesome Burger, which is made using yellow pea proteins and wheat gluten. The company noted that each burger contains more protein and fiber and less saturated fat than beef.

Which other companies will throw their hats into the plant-based ring? Will we begin to see more plant-based offerings than meat? Deli Market News will keep its eyes peeled.