A snacking classic is about to see a whole new spin as a new company enters the ready-to-snack ring of the market. Diamond of California® has launched its own first-ever line of Ready-to-Eat Snack Walnuts as it sets out on a massive brand expansion. 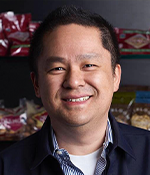 “Diamond of California has been a trusted provider of specialty nut products for at-home bakers and cooks for the last century, but over the years we have learned that our nuts are also being consumed as snacks on their own,” said Craig Tokusato, CMO. “This inspired and challenged us to open our own recipe books and provide better for you ready-to-eat snacks compared to many of today’s alternatives, which often take nutritious nuts but load them up with sodium, processed sugars, and unrecognizable ingredients.”

Debuting in eight flavors, consumers will be hard-pressed not to find an option for them in this line. 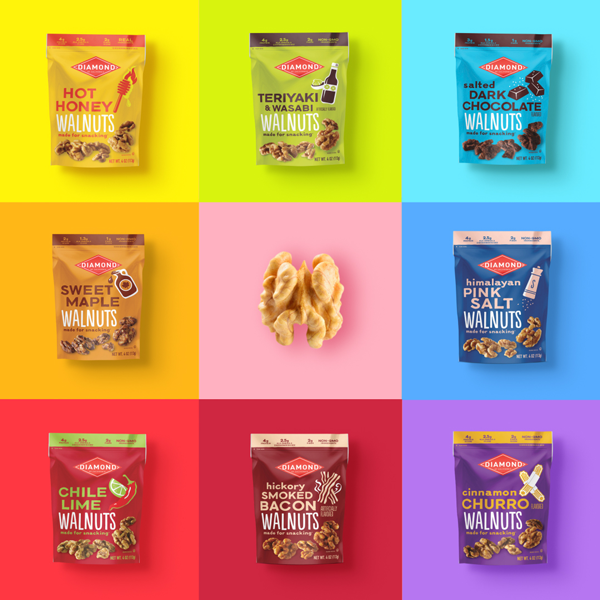 The company noted in a press release that, in addition to the listed flavors, it also launched a Sweet Maple flavor unique to Walmart, hinting at the breadth of the line’s already established distribution.

Available now in-stores nationwide, Diamond of California Snack Walnuts are touted as a superfood snack offered at a suggested retail price of $3.99 per 4 oz bag.

In addition to Walmart, the new line of Snack Walnuts are available now at major retailers like Save Mart, Lucky California, and Cub, while Kroger, Lidl, Hannaford, Amazon, and more will begin rolling out this month. Distribution is expected to expand even further going into the holiday season. For more updates on new potential trends and offerings in the industry, keep an eye on Deli Market News.

At Diamond of California®, we believe that nuts make good food even better. Use our delicious walnuts, pecans, almonds and more to add that irresistible taste and crunch to virtually anything.