SpongeBob SquarePants once said, “With imagination, you can be anything you want.” Hormel® Pepperoni is taking that idea and building on it so that consumers everywhere know that with imagination, you can also eat anything you want! In its latest national ad campaign, Think it up. Make it up. Pep it up!®, the meat giant is encouraging pepperoni lovers to think beyond pizza as the ultimate pairing for this fun, versatile product. 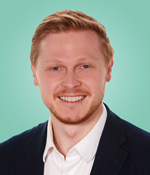 “Pepperoni is a versatile ingredient that can unleash any family’s creativity,” said Jeremy Zavoral, Brand Manager. “We have found that pepperoni enables the fun of hands-on meal creation and the freedom to pizza-fy almost any recipe.”

He had me at pizza-fy! The campaign features a series of animated videos, or “pepisodes,” showcasing how one of the best pizza toppings makes for a spectacular addition to almost anything, including the likes of nachos and quesadillas.

As part of a broader omni-channel strategy, according to a press release, Think it up. Make it up. Pep it up!® includes three 15-second spots that will air on national television and select digital and social channels.