Japan: We made a massive, luxurious burger!

Big Macs, Whoppers, and Quarter Pounders prepare to meet your maker! While McDonald’s, Burger King, and even regional favorites In-N-Out and Shake Shack have dominated the burger game for what feels like forever, the Grand Hyatt Tokyo just usurped any and all fast food joints with a burger to end all burgers: the Golden Giant Burger—which can be enjoyed by anyone willing to fork over a meager sum of $900.

But that’s not to say hungry—no, ravenous (you definitely have to be ravenous to enjoy this monstrosity)—patrons aren’t getting what they’re paying for. For $900 (100,000 yen), patrons (the hotel recommends six to eight, at least, per burg) can feast on 6.6 pounds and 10 inches of burger!! 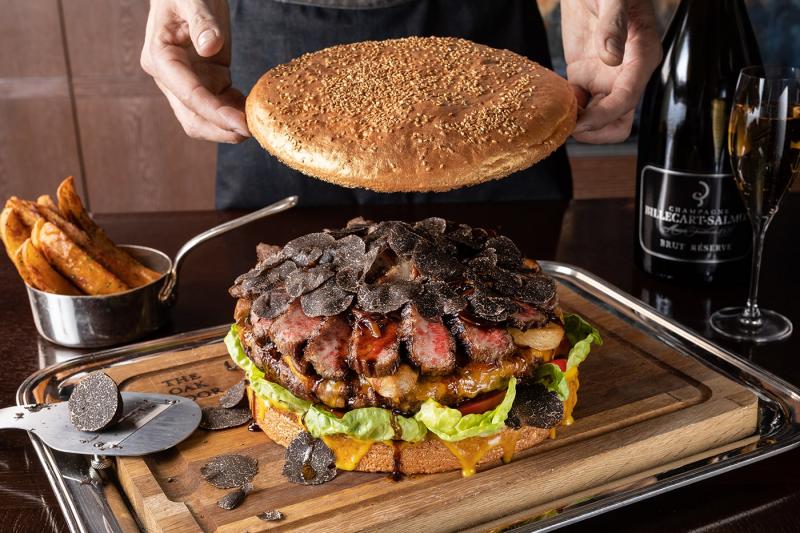 According to Sora News 24, the Golden Giant Burger was created in honor of Japan’s new emperor and is one way the country is celebrating the dawning of a new era—specifically the Reiwa era for all you history buffs out there.

Once again, Japan delivers! It's not the hero we deserve, but the hero we need when it comes to taking culinary leaps sure to blow minds!

To stay ahead of all record creations in deli, dairy, bakery, and specialty foods, stay tuned to Deli Market News.

Perdue Farms Doubles Down on Industry Commitment to Free-Range