Lady Edison Branches Out Into Foodservice

It takes a certain kind of fortitude to set yourself apart, to carve your own path, or pig, rather. From starting a pork curing company to running a BBQ restaurant, Sam Suchoff, Founder and Owner of Lady Edison Pork, has donned many hats during his professional career. After our conversation, it sounded like I should send him a hat rack; the meat wizard has built a bar, bought a bagel shop, and started running his very own delicatessen, all centered around animal welfare-certified pork. 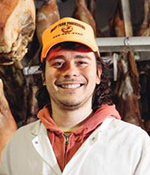 “Everything got started with the BBQ restaurant, The Pig. There’s a bagel place that’s been next to it for about 10 years, and the owners were looking to sell. I got a couple of my buddies to take a look with me, and we decided to buy the location from them with the recipes, equipment, and everything included,” Sam recounted for me. “I had already opened up Your Neighborhood Bar behind The Pig, and my partners and I thought this bagel shop would be a great project to incorporate our ideas. Around the beginning of December 2019, we opened up Deli Edison in the bagel shop in conjunction with Lady Edison to try out different products.”

It seems to me that Sam is always on his toes, strategizing the most efficient way to run everything from bagels to cured bacon. But everything is manageable with the help of his trusty partners, Dan Obusan and Pete Wagner, and the North Carolina Natural Hog Growers Association, a cooperation of hog farmers committed to growing pasture-raised hogs in a sustainable and ethical way. The co-op supplies Sam with whole hogs to be used for The Pig, so now that Deli Edison has come to fruition, the possibilities—and dishes—are endless. 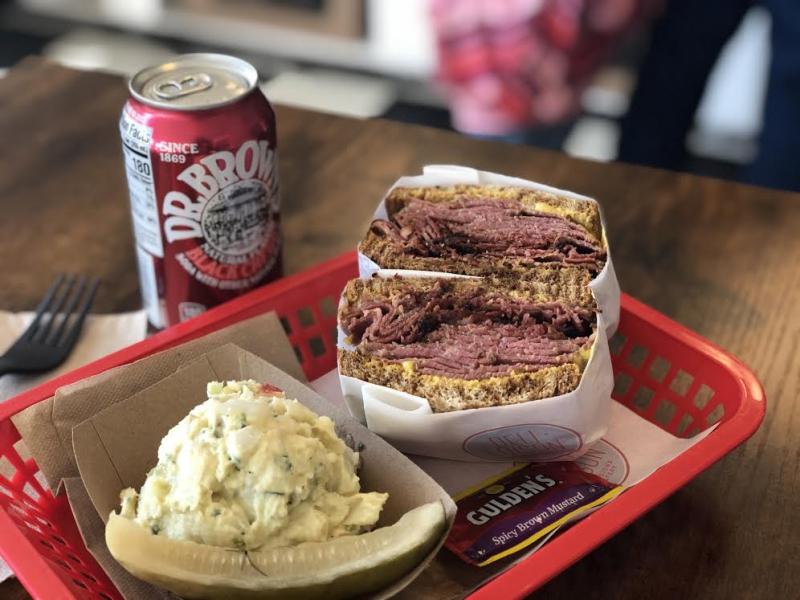 “When I first started working with the cooperative 10 years ago, we would buy three hogs a week for The Pig. Now that Deli Edison is fully operational and the other businesses have grown, we buy 30 pigs a week,” Sam explained to me. “My main goal is to make the farmers’ pigs available to as many people as possible. In the end, that’s the only way we can change the way our food is produced—make it something that everyone wants and everyone can participate in.”

Set to reopen its doors to the public on June 29, Deli Edison will continue to bring the New York vibe down to the South with Sam’s own personal flair. With offerings like chopped liver, whitefish salad, smears, pork pastrami, and more, it’s hard to not salivate just listening to Sam list off everything he can make now that he has a new delicatessen space. 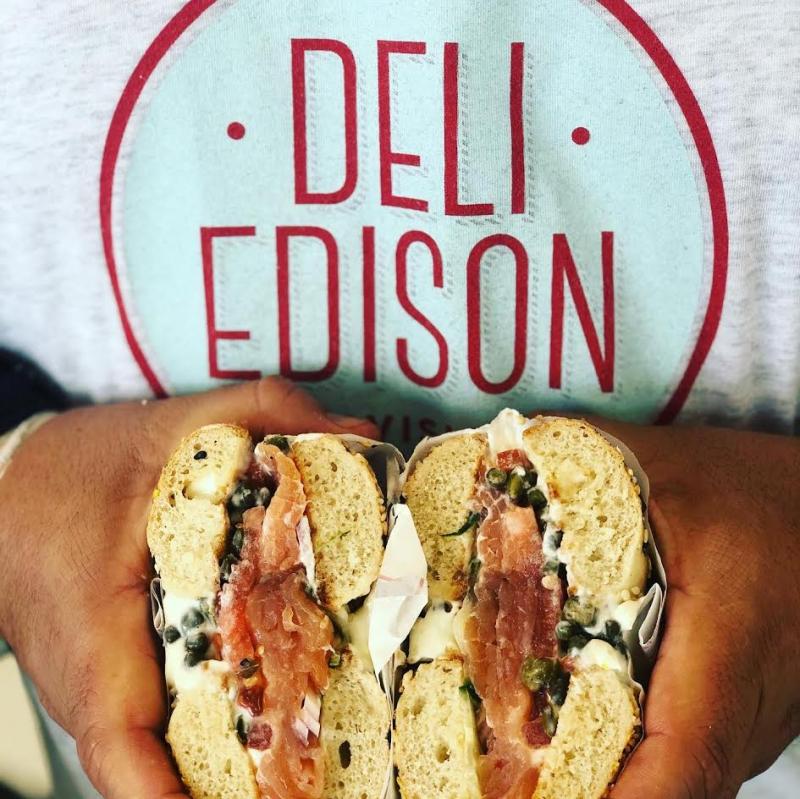 “With the locations and capacity we have now, it’s easier for us to section off select tasks in certain kitchens,” continued Sam. “We can try out new products for Lady Edison either on a bagel or as a sandwich, and that could be found somewhere down the line in California or New York. It also makes cross-merchandising our product that much easier because we can take what’s made in the deli and serve it in The Pig or turn it into specials at the bar.”

From the charcuterie board to a sandwich to a restaurant, Sam has an arsenal up his sleeve, teeming with potential and deliciousness. As more innovative frontrunners pop up in the deli, dairy, and specialty food arena, keep clicking for more Deli Market News.

Chomps Adds a New Bold Flavor to Its Lineup of Better-For-You Meat...