Nestlé Looks to Sell Its Lunchmeat Business, the Herta Brand

The CPG giant announces plans to part with this fresh food business, courting offers from Smithfield, Tyson, and more

Nestlé SA is looking to part ways with its lunchmeat business, according to a recent report from Bloomberg, and the worldwide food giant’s Herta division could fetch as much as $1 billion.

According to Bloomberg, Nestlé is planning to send marketing material to a number of potential suitors this month—including Tyson Food, Cofco Corp. in China, and Sigma Alimentos SA de CV from Mexico. The deal, according to the news sources undisclosed sources, is expected to fetch between $800 million and $1 billion. 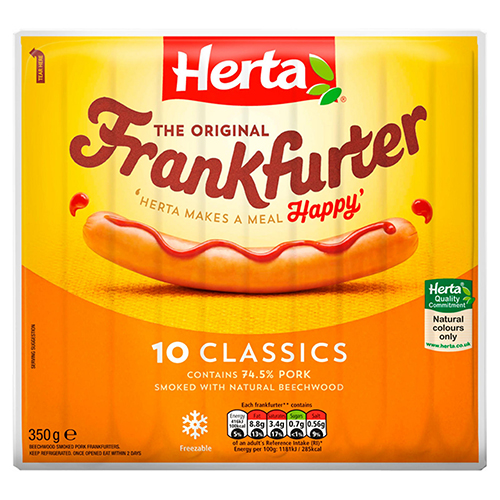 Representatives from Nestlé, Cargill, Tyson, and Smithfield declined to comment to the news source on the matter. Herta has been on the market since February, when Nestlé CEO Mark Schneider responded to pressure from an activist investor to boost profits.

The Herta brand makes and markets lunch meats as well as hot dogs.

Bloomberg noted that $8.1 billion worth of meat and poultry acquisitions have been announced over the course of the last 12 months.

Which suitor will wind up with Nestlé Herta brand and assets? Deli Market News will continue to report with updates.