Our industry has overcome many challenges since the start of the pandemic, but one that continues to persist is the impacted supply chain. It not only affects all things specialty and perishable, but other industries that rely on consistent supply to meet consumer demands. Another looming prospect is the potential of a strike from dockworkers along the West Coast.

Reportedly, new contract negotiations have been ongoing for more than 22,000 International Longshore and Warehouse Union workers employed at 29 ports along the West Coast, and there is a prospect of a confrontation between dockworkers and their employers. The contract is expected to expire at the end of June.

As first reported by The New York Times, a labor impasse could worsen the floating traffic jams that have kept dozens of ships waiting in the Pacific before they can pull up to the docks. This could aggravate shortages and send already high prices for consumer goods soaring. 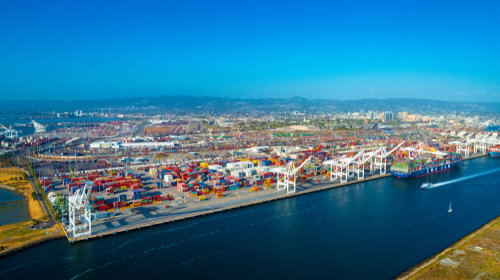 The supply chain has continued to move thanks to the transportation work provided both on land and on sea. While dockworkers have worked to move unprecedented volumes of cargo during the pandemic, many ports increased cargo rates. Before the year started, President Biden and Vice President Harris revealed an action plan to help clear ports and waterways. The source further noted President Biden’s plan to crack down and alleviate inflation.

To read more about the situation and the voices behind both sides, click here.

Deli Market News will continue to keep an eye on the wire to report the latest updates concerning our industry.