When the world of cheese calls, we here at Deli Market News answer with overwhelming excitement. This time, the company on the other end is Dorothy’s Cheese, and it comes bearing news of its newest creation: Diggin’ Truffles. Slated to be released in October, the anticipation has already begun to mount.

As the cheesemaker looked to create a product with sensational flavors, it turned to its heritage for inspiration. Partnering with Craftsman Rodolphe Le Meunier, the team co-developed a cheese that would pay homage to the company’s founder. According to a press release, that meant finding the perfect flavors by following in Dorothy’s influential footsteps as they drew from the scenic Lena, Illinois, area where she started her journey. 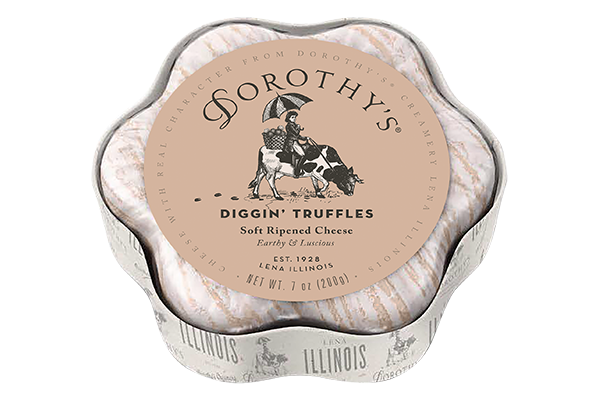 Just as Dorothy loved to bring together unexpected flavors, the team did the same, hoping to surprise customers with the unique combination. The end result is Diggin’ Truffles, which combines earthy black truffles into a soft, luscious cheese to create a flavor explosion that mirrors the storied process of Dorothy herself.

If Diggin’ Truffles sounds just as mouth-wateringly delicious to you as it did to us, the cheese will be available on the West Coast in select Whole Foods stores and Giant Carlisle starting in October. Run, don’t walk, to get a hold of this historic new offering.

Babybel® Launches the First Range of Functional Snacks in the Category,...