Expanding its premium collection, the protein provider introduces a new SKU to the retail shelf

For the meat lovers out there roaming the aisles, there can never be enough sausage. The grilling season may be winding down as we enter the cooler months of the year, but the fire will keep burning as Schaller & Weber™ introduces its newest addition, Bier Brat No. 3.

In collaboration with EBBS brewery, Schaller & Weber launched this meticulously curated beer along with a satisfying pairing.

According to the release, Schaller & Weber crafted an entirely new sausage infusing EBBS, NYC’s brewery of the year, lager into the brat product. Featuring a coarse-ground meat, the new sausage pairs perfectly with the nuanced flavors of the new EBBS Beer Lager No. 3. 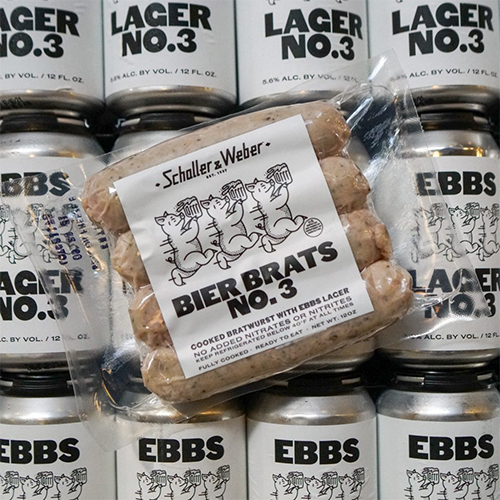 For the latest product releases and updates in the industry, keep checking back as we continue to report.

4505 Meats Announces the Appointment of Erik Havlick as Chief Executive...