Expanding its footprint even further, the company solidifies its New England presence through this company's acquisition

With the New Year just around the corner, Performance Food Group (PFG) is looking to make some new forays of its own through a just-announced acquisition. PFG is moving further into the New England distribution market as it picks up the business of T.F. Kinnealey & Co.

“We expect this acquisition will provide operational synergies as we expand PFG’s presence in New England,” PFG Executive Vice President Jim Hope said, according to Richmond BizSense. “Their customer-service orientation and geographic footprint supports our strategic growth plans and will complement and strengthen our position and product offering in the region.”

T.F. Kinnealey & Co., now to be known as Kinnealey, is a meat processor and distributor based in Brockton, MA, and has serviced the New England retail and fooservice sectors since its founding in 1939. The company will officially operate as Kinnealey, a Performance Group Company, with all 100 people to be retained by PFG. 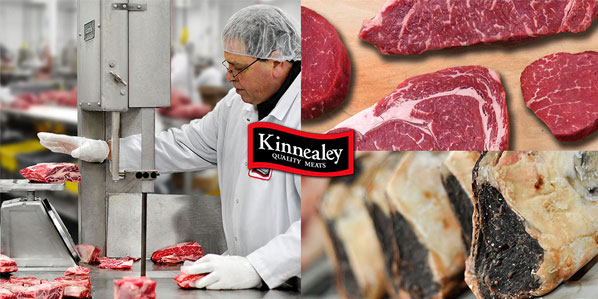 Last year, Richmond BizSense reported, Kinnealey reported a revenue of around $70 million. The companies look forward to the growth of both business models through the acquisition.

The deal officially closed in October, and Kinnealey was advised in the sale by BB&T Capital Markets.