Doritos' "Crash the Superbowl" Semi-Finalists Are In

They're here. Video artisans from across the world have submitted their wannabe Dorito's Super Bowl commercial and the chip company has spoken.

This contest is the 10th and last in the "Crash the Super Bowl" series and the 50 semi-finalists chosen is an intentional and early nod to the 50th anniversary of Doritos. The 50 chosen entries are also double the amount chosen last year and are selected from over 4,500 representing 28 countries. 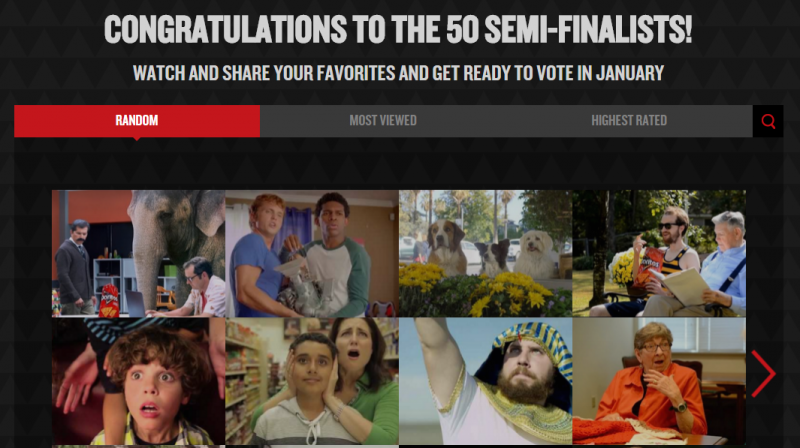 After viewing a few, it's apprent why the 50 were chosen. High production value, great editing and cinematography, and, of course, humor could all be found. We'd love to sit and watch all of them, but we have to get some work done today, too!

All spots are 30 seconds and compete for the grand prize: The chance to see their ad air during the Super Bowl 50 broadcast, a cool $1 million, and the life-changing opportunity to collaborate with Zack Snyder while working with Warner Bros. Pictures and DC Entertainment. Snyder is the director of the much-anticipated big screen Batman v Superman: Dawn of Justice, due to hit theaters March 25, 2016, according to the press release.

It's a pretty exciting contest in our opinion, giving up-and-coming video content creators a chance to strut their stuff. From the 50 initial semi-finalists, three will be chosen by Doritos executives to be flown into San Francisco to attend Super Bowl 50 and watch the game from a deluxe private suite, where the winning spot will be revealed, presumably, with the rest of the world.

To save you some time, we picked out a couple we liked and decided to share them with you. To see all of them go here.

You've dropped the chip, and now you know what you must do...

What you don't see may be more valuable than what you do... 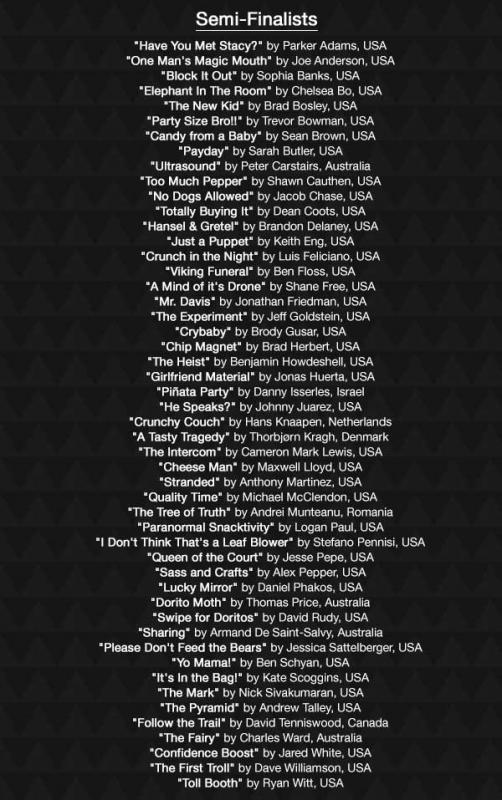 At PepsiCo we believe that business and society can thrive together. We are guided by Performance with Purpose: delivering top-tier results in a way that sustains and respects business, society and...