On the heels of new acquisitions, the company sales number hits over $2 billion

After a busy year of acquisitions, United Natural Foods, Inc. (UNFI) is seeing results—with double digit sales increases, according to the company’s latest financial results. For the company’s Q3 2017, UNFI’s net sales increased 11.1% and hit $2.13 billion for the quarter. 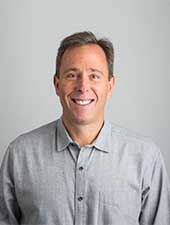 “I am pleased with our team’s ability to execute and manage our business well through a deflationary and challenging retail environment,” said Steven L. Spinner, Chairman and Chief Executive Officer on the release of the report. “Over the past few months, we have worked diligently and made progress against our strategic initiatives, such as driving greater efficiencies across our internal operations, integrating our acquisitions, and having our united sales team sell across all of UNFI’s brands.”

In addition to the notes above, UNFI also revealed the following highlights in its report:

Deli Market News will keep you up to speed on the latest financial news from important retail and foodservice companies.