The company announces a new CEO and President

AdvancePierre announced this week that its Board of Directors has named a successor to its current CEO and adopted a plan to transition to new leadership. 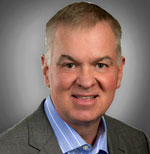 Effective November 14, 2016, Christopher D. Sliva, formerly of TreeHouse Foods Inc., will be appointed President and join the company’s board of directors. On March 31, 2017, Sliva will succeed John Simons as Chief Executive Officer; Simons is retiring from his position, but he will remain a member of the AdvancePierre’s board after the transition.

“I am very pleased to welcome Chris to AdvancePierre. Having spent a significant part of his career working in a customer-focused environment, Chris is well-equipped to reinforce and build upon AdvancePierre’s customer-centric approach,” said Dean Hollis, Chairman of the Board, according to the company’s press release. “Chris also shares our passion for food and his highly relevant experience as a senior executive with publicly-traded food and beverage companies strongly positions him to lead AdvancePierre through its next phase of growth.”

To ensure a smooth transition, Sliva will work alongside Simons, in his capacity as President, on oversight and management of the company.

In regards to Simons’ transition, Hollis, said, “John has been instrumental in transforming AdvancePierre’s culture into one focused on collaboration and excellence and in building a world-class management team. Under John’s leadership, AdvancePierre has implemented the APF way, our sustainable improvement program which transformed our business performance and enhanced our margin profile. We look forward to continuing to benefit from John’s experience and guidance as Chief Executive Officer throughout the transition period.”

Sliva is an accomplished leader with over a decade of experience as a public food company executive. Before joining AdvancePierre, Sliva helmed TreeHouse Foods, Inc., and as President and CEO, oversaw the leading manufacturer of food and beverage products’ more than 50 manufacturing facilities across the U.S., Canada, and Italy. Sliva joined TreeHouse in 2012 as Senior VP and COO of TreeHouse and President of subsidiary Bay Valley. Priorly, Sliva had served as an executive at Dean Foods, and before that at Eastman Kodak Company, Fort James Corporation, and Proctor & Gamble Distributing Company. 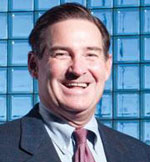 “AdvancePierre is on a solid and steady path for continued success. I’m extremely proud of our team’s many accomplishments over the past several years, perhaps most notably around our successful NYSE debut and the work that followed to establish AdvancePierre on strong footing as a public company,” remarked outgoing CEO Simons. “For all of these reasons, I came to the decision that now is the right time to initiate this change, and the Board agreed that a smooth transition beginning with Chris’ appointment as President was the ideal next step. I am looking forward to working alongside Chris over the coming months, and I am confident that the future is bright for AdvancePierre.” 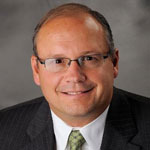 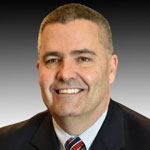 In summation, Sliva added, “I have watched AdvancePierre’s amazing progress over the past several years and I admire the spirit of collaboration, innovation and continuous improvement deeply-rooted in every aspect of the business. I am excited to work with John and the rest of the talented team during this transition period as we strive to deliver even greater value for customers and sustained profitable growth and value for shareholders.”

We congratulate Sliva, Chappelle, and Clough on their new appointments, and Simons on the occasion of his retirement. We here at Deli Market News wish you continued success in all your endeavors professional and otherwise.