Jeffrey L. Harmening, 23-year-long veteran of General Mills, has been named the company’s CEO by its Board of Directors, effective June 1, 2017, as well as having been elected to the Board. 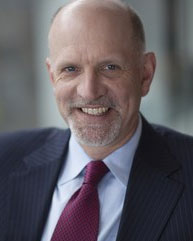 "I am honored to take the helm of General Mills at such an important point in its history," said Harmening. "Building on the legacy of those that have led this great company before me is an exciting challenge and one I do not take on alone. General Mills' employees are singularly focused on driving growth and returns for the long term, and it will be a privilege to help them reach that goal."

While Harmening's led the U.S. Retail business, the company said that it greatly expanded its position in the natural and organic segment, including the acquisition of Annie's and EPIC Provisions. While President of the company's U.S. cereal business, Harmening led a realignment of the portfolio that resulted in multiple years of growth in sales, market share, and profitability. As CEO of Cereal Partners Worldwide (CPW), the joint venture with Nestlé based in Switzerland that markets cereal in 130 countries, Harmening oversaw a reorganization of the company that positioned the business to deliver long-term profitable growth.

Now in this new role, he will succeed current leader Ken Powell, who has served as General Mills Chairman and Chief Executive Officer since 2007. 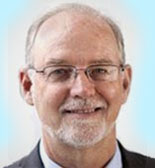 "General Mills has a long tradition of delivering top-tier returns that our shareholders have counted on for generations," said Powell, who will continue to serve as the company's Chairman for a transition period until his retirement, expected within the next year. "We are focused on growth and feel strongly that Jeff is the right leader for the next leg of our journey."

Currently, Harmening is serving as President and Chief Operating Officer, a role he has held since July 1, 2016.

“A key responsibility of a board is leading a thoughtful, robust succession planning process. The board unanimously cast its vote for Jeff as the best candidate to lead this venerable 150-year-old company. Jeff knows how to build talented teams and has extensive experience both in the U.S. and globally. He is not afraid to challenge the status quo and he is a tenacious and resilient leader," said R. Kerry Clark, Independent Lead Director of the General Mills Board.

On the out-going leader, Clark added, "Under Ken's leadership as CEO, the company made significant strides to expand globally, developed a culture of Holistic Margin Management, and redoubled its focus on meeting the ever-changing needs of consumers. These achievements have resulted in outstanding value creation for General Mills shareholders, including 11 percent compound annual total shareholder returns."

As General Mills looks to a new chapter in its history, keep checking in with Deli Market News for all the latest.