With about $250M in annual foodservice distribution sales, what banner was just acquired by the expanding operator?

Sysco has announced plans to expand its presence in the southern United States; this week the company announced that it has acquired broadline distributor Doerle Food Services.

“We are excited to welcome Doerle and its rich, long history to the Sysco family,” said Tom Bené, Sysco's President and Chief Executive Officer, in a press release. “Doerle has a sterling reputation of providing the highest-quality products, cultivating deep, long-term relationships with customers and suppliers, and providing impeccable service. We believe these principles align with Sysco’s vision of being our customers’ most valued and trusted business partner.”

Headquartered in Broussard, Louisiana, Sysco’s newly-acquired subsidiary was founded in 1950 by Paul Doerle, Sr., as a small, local produce distributor. The family-owned company would grow to amass approximately $250 million in annual foodservice distribution sales and serve six states, including the following:

“As part of our strategic M&A plan, Sysco is focused on finding attractive growth opportunities which complement or expand the footprint of our core business,” continued Bené. “The acquisition of Doerle is a great fit for Sysco and reaffirms our commitment to creating value for our customers, associates, and shareholders.” 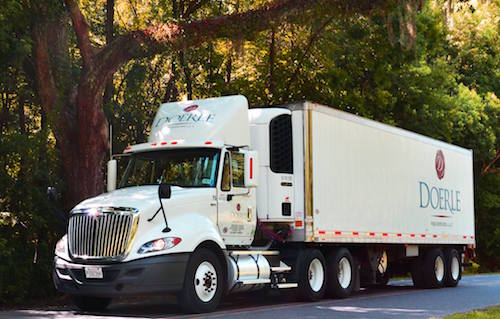 Sysco clarified in its press release that Doerle Energy & Marine is not part of the transaction. Sysco also stated that it expects to retain the executive management team of the foodservice distribution business. Details of the acquisition itself were not included in the release.

Doerle Food Services, LLC is an innovative, independent food service distributor with a diversified customer base, operating in a mode of strategic planning, and offering superior products and...