Major retailers and online start-ups alike are diving headfirst into online grocery delivery, and next on the starting block is on-demand meal delivery start-up Postmates. According to The Verge, Postmates announced today the official launch of its new grocery delivery service, Postmates Fresh, and it’s not joking about on-demand delivery. Differentiating itself from the later-in-the-day-probably-tomorrow delivery windows of competitors, Postmates Fresh touts guaranteed 30-minute delivery times. 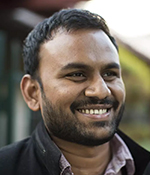 “As someone who got into this business to make fresh ingredients more accessible to the masses...most of our products are perishable, with a short shelf-life. But, Postmates allows us to put our products into the hands of customers faster, while it’s still fresh,” said Farmstead Co-Founder Pradeep Elankumaran about Farmstead’s grocery partnership with Postmates Fresh in a report by Techspot.

Starting today, the new grocery service will initially launch in San Francisco, Los Angeles, and New York, and will partner with local organic grocery companies like San Francisco’s Farmstead and L.A.’s Urban Radish. Offering everything from meat, vegetables, and dairy to alcohol, desserts, and home supplies, Postmates Fresh will charge $9.99 per month or $3.99 for deliveries on each order. 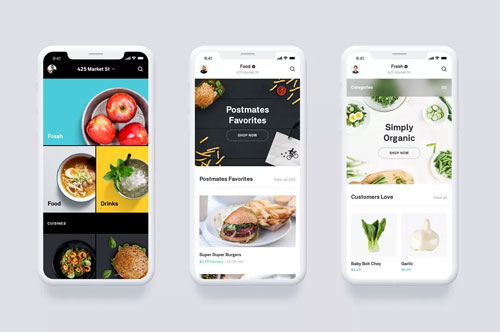 In honor of its new service, Postmates is also revealing a full Android and IOS app redesign that will now feature scheduled deliveries and a new collections view along with the new grocery tab.

Despite the influx of delivery offerings, is online grocery delivery the future? While The Verge is  skeptical of its success outside of metropolitan areas that have lower costs of living—especially after Amazon announced last week the cancellation of AmazonFresh in neighborhoods across nine states—at least, for now, we have what we love best: choices.

On-demand delivery from every restaurant & store in your city.