We Tried the Newest Burger King Creation, The Angriest Whopper

Does this burger live up to the hype? Our own Dominic Olivas has the latest on Burger King's newest, reddest burger.

As with the Halloween Whopper, the bun is once again dyed a different color than consumers expect from a burger bun - red. Those that ate the Halloween Whopper may be still getting over their traumas of that particular aftermath, but those adventurous ones were ready to take this one on as well. Being the latter, I had to give this one a try. I don't back down from Whopper challenges that easily. 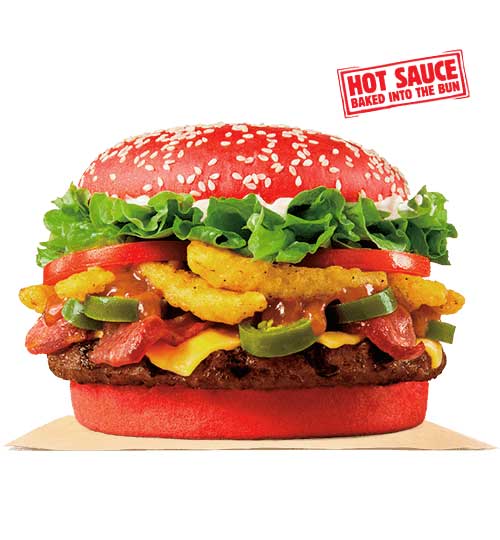 After unwrapping the burger, you'd expect there would be a different aroma seeing as they were going with a chili theme here, but it smelled more or less like your standard Whopper. Nothing out of the ordinary, aside from the red bun and the occasional breaded onions. That all changes the moment you take a bite. The first thing that came to mind to describe the flavor, was the Texas Double Whopper that was done previously. It was like biting into a barbecued Whopper, with some added onion rings and a hint of jalapeño. The spicy angry sauce was a direct hit on the first bite, but it seemed lacking for the following. 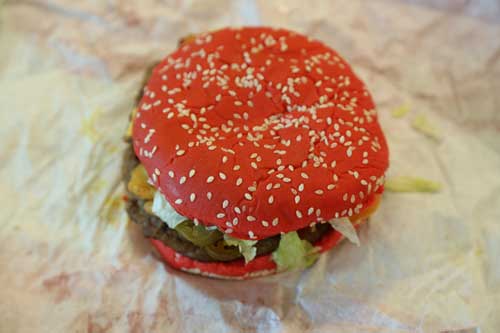 Seeing as how it was being hyped up as the “angriest” Whopper, I was expecting to be burning from the chili right away. So I took another bite, but all I received was a light burn. As I continued, it didn't get any hotter than mild chili. Or, as I have started to call it - a nice and warm campfire, and I am not talking about putting your hand in it; I'm talking about being three feet away during a chilly night. 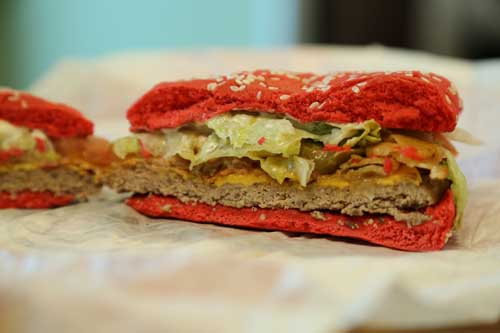 Thinking back, I didn't see any jalapeños from the outside, so maybe mine just didn't have many, if any at all. Either way, the heat did not stack up to the hype of the Angriest Whopper. I had hoped to come back to work still burning to warn those who came after me, but all I got was a camping trip with a lukewarm bath. Even though it didn't give me the heat I wanted, the spicy angry sauce gave it a nice little flavor kick with the breaded onions. I don't know if I would purchase another because I want it to pack some more heat than it did, but it was a red-tinted experience, nonetheless. 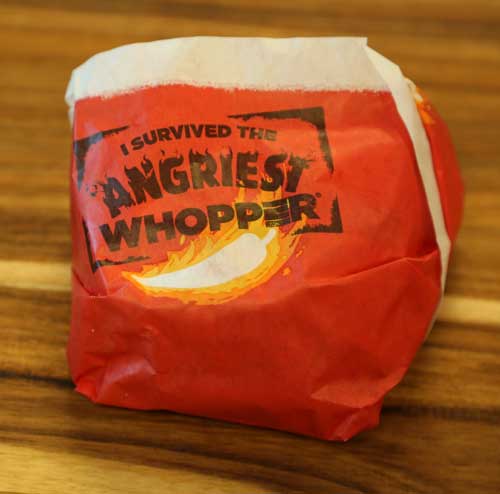 Keep checking back with DeliMarket News for more hands on inspections of trending products in the industry.