Last week, I was lucky enough to attend the 31st Annual American Cheese Society Conference in Sacramento, CA.  The delicious cheeses and passionate cheesemakers and industry leaders made it an experience I won’t soon forget. 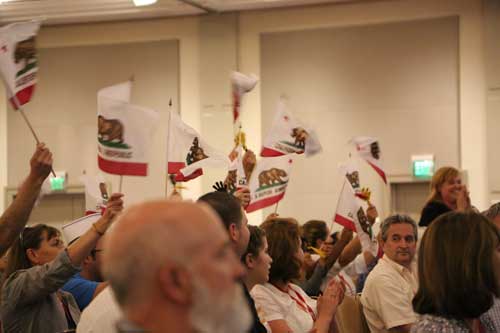 Tarentaise Reserve from Farms for City Kids Foundation in Vermont was named “Best of Show” among 1,685 entries at the 2014 Judging & Competition.

Jeremy Stephenson, Cheese Program Director of Farms for City Kids Foundation, said of the Best of Show win, "The more I’m involved in this work, the more it becomes clear to me that what we’re doing is so much a part of agriculture and working to develop a new sustainable food system. We’re a small part of that. When we do this work we have to remember we’re part of something much bigger than an individual or individual farm, we’re a part of a community. The people that buy our cheese are supporting something very important for the future."

I was able to taste this winning semi-hard washed rind cow’s milk cheese at the ACS’s Festival of Cheese.  Its dimension and complexity of flavor made it one of the best cheeses I’ve ever had and left me wanting more. 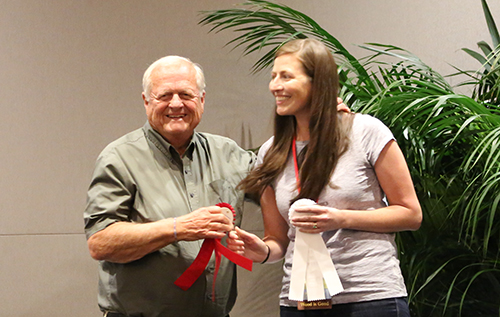 Another highlight of the Judging & Competition was the Above & Beyond Award, which was awarded to Richard and Karen Silverston for their commitment to and innovations they brought to the ACS.  When I congratulated Karen on the award at the Festival of Cheese, she graciously thanked me and then immediately introduced me to several winning cheesemakers, offered me blue ribbon cheeses to try and took me to a booth for a cider that paired excellently with the cheeses she suggested.  It was immediately obvious to me that her award was very well deserved. 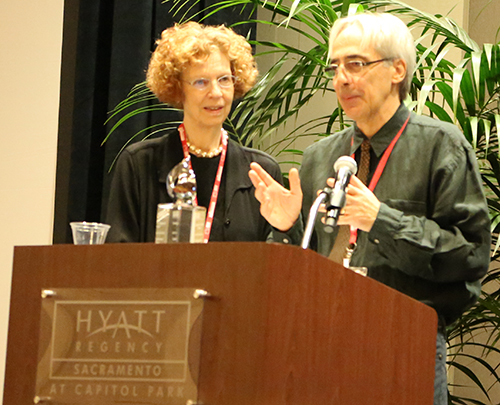 The conference was an amazing look at all things cheese, and I’m looking forward to sharing more of the insights that I picked up last week.