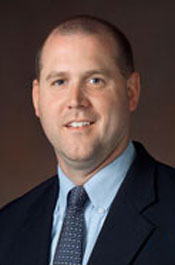 Mondelez International capped off a series of big announcements by naming Mark Clouse as Chief Growth Officer. As the first executive officer of this newly created position, Clouse will be in charge of overseeing key elements for Mondelez's future growth strategy such as corporate strategy, global categories, global marketing, global sales, and research, development and quality.

"The creation of the Chief Growth Officer role ensures that growth remains at the forefront of our company strategy," said Chairman & CEO, Irene Rosenfeld.  "It will bring the same focus and discipline to driving sustained, profitable growth that we have brought to improving our cost structure and expanding margins.  Mark is the ideal leader for this new position, with proven success across global categories as well as in regional and country operating roles in both emerging and developed markets."

Clouse's promotion comes on the heels of a series of big decisions for Mondelez as it attempts to position itself for future success. According to a press release, it will be transitioning to a region category-led operating model worldwide beginning January 1st, 2015. Successful test cases in Latin America, Asia Pacific, Eastern Europe, Middle East and Africa have proven this operating model to be an excellent way to streamline decision-making and increase speed to market efficiency.

Clouse has also recently announced that it will be parting ways with its Executive Vice President and Chief Category and Marketing Officer, Mary Beth.

"With these changes to our organizational structure, one of my dearest colleagues has decided that it's the right time to begin the next chapter of her career," Rosenfeld said.  "I've worked with Mary Beth since the 1980s at General Foods.  Her deep commitment to developing people, unwavering passion for our brands and pursuit of breakthrough marketing have been her hallmarks for over 25 years and will be her legacy for many years to come."

Even with her loss, Mondelez is confident that by bringing in Clouse, it will be retaining the leadership core necessary for future growth. An 18 year veteran with the company who has previously served as President of Mondelez's North American business operations as well as President of Kraft Foods' Snacks and Confectionery North American business operations, Clouse brings a wealth of retailer experience to Mondelez, experience which the company feels will be invaluable in the years ahead.

Congratulations on the new position, Clouse!