Market Basket's Board of Directors has made an offer to ousted former President and CEO Arthur T. Demoulas which would allow him and his entire former management team to rejoin the company. According to an official statement presented by the Board, the offer would not return Demoulas to his former role within the company; that position would remain with Market Basket's new co-CEO's  Felicia Thornton and Jim Gooch. It would, however, place him in a position to help return Market Basket's normal business operations which have been so far halted by fervent protests by employees since his firing.

“Our goal is to move forward, while making sure associates and customers are taken care of,” the Directors explained in their statement. “Any delay to reaching agreement on this path forward simply harms associates, customers and the Company. It is time to move on.”

According to the statement, Arthur T. Demoulas has not yet responded to the proposal, but they are confident that a compromise can be reached.

“There is no reason to not meet in the middle,” the Directors said. “Mr. Demoulas gets his management team back in place, associates can get back to doing their job, customers can get back to shopping and the company gets the breathing room needed to create an orderly and productive way forward.”

This latest news comes against the backdrop of increasing pressure on Market Basket to make peace with Arthur T. Demoulas and the countless protestors supporting him. Boston.com covered how even Massachusetts Governor Deval Patrick has thrown his hat into the ring, releasing an official statement in which he pledge to do what he could to help settle the dispute.

“By any measure, the disruption caused by your recent change in CEO has gotten out of hand, and I am writing to urge you to find a prompt resolution,” Patrick wrote. “Your failure to resolve this matter is not only hurting the company’s brand and business, but also many innocent and relatively powerless workers whose livelihoods depend on you.” 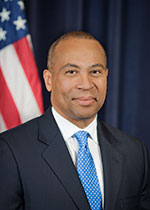 Market Basket's Directors acknowledged the Governor's statement in their release, saying that they welcome the Governor's assistance in this matter and look forward to his support in “stabilizing the business for the benefit of all associates, customers, vendors and communities.”

Stay tuned to DeliMarketTV for any further updates on Market Basket and Arthur T. Demoulas' future with the company.