Whole Foods has announced plans for its first ever national marketing campaign this fall as it maneuvers to fend off rival retailers' attempting to eat into its hold on the American organic and natural foods market. Co-CEO Walter Robb says that the campaign is designed to explain to consumers what makes Whole Foods unique and why it remains a superior choice over its competitors. 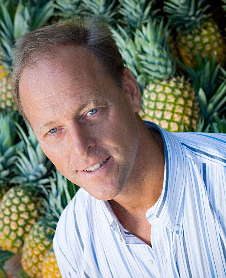 "We believe there are real and substantive differences in the company and in the values and the foods that we sell," Robb said.

Part of the new campaign will be an extensive partnership with third party delivery services to make home delivery options available to customers in 12-15 major U.S. markets. As ABC News noted, home delivery has become a focal point of many recent retail campaigns, with industry giants like Wal-Mart working on home delivery systems of their own. So far Whole Foods has declined to specify which cities will be enjoying its initial home delivery services, but company executives told ABC that plans are in place to increase the scope of the program progressively over time.

Another aspect of this national marketing campaign will be a new loyalty program, which will reportedly be ready in time for the next year's winter holiday season.

Whole Foods wants these initiatives to persuade customers to stay loyal to Whole Foods as traditional retailers like Wal-Mart and Kroger attempt to muscle their way into an organics market which Whole Foods used to enjoy a near monopoly over.

So far, Whole Foods has felt the pressure of these advances, watching same store sales growth slow from 7.5% a year ago to 3.9% this most recent quarter. Its stock price has fallen 32% over the past calender year.

Whole Foods intends to halt the beginnings of this market decline in its tracks, with its national marketing campaign being the first step towards doing so.