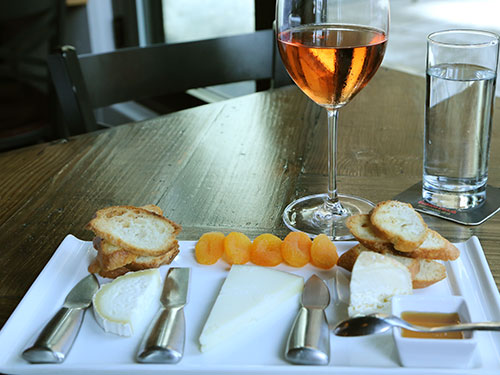 MitiCaña de Oveja, (Imported by Forever Cheese); a soft-ripened sheep cheese from Spain: This was an interesting cheese which was buttery and delicious. I found that it complimented my glass of wine nicely and left me feeling like the combination of the two was greater than the sum of its parts. This cheese is aged 21 days and the sheep's milk logs from Murcia Spain are available through importer Forever Cheese. Central Coast Creamery's Seascape Cheddar, a semi-hard white cheddar made from a blend of goat and cow milk from Paso Robles, CA: It has a creamy and somewhat crumbly texture and a slightly sweet taste with a mild, yet complex tangy cheddar finish. Seascape Cheddar is a good tasting cheddar-style cheese. Pairing it with the Rosé was a good decision, one that I'm likely to make again. Cowgirl Creamery's Redhawk, a triple-cream washed-rind cow's milk cheese from Pointe Reyes, CA: I really enjoyed the brine-washed cheese, which has a red-orange rind. Unlike the Fromagerie Berthaut's Epoisses I discussed in a previous Wine & Cheese Corner, this saltiness did not overpower the wine, and was complimented nicely by the dry fruitiness of the Rosé. A fantastic cheese, it was the best washed rind cheese I've tried to date. 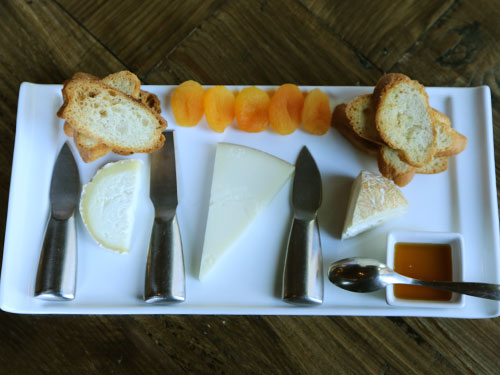 Be sure to check out The Wine & Cheese Corner next week, for new wine & cheese pairings and reviews. Forever Cheese Central Coast Creamery Cowgirl Creamery
Topics: