Will the 18-year veteran continue the company's growth? 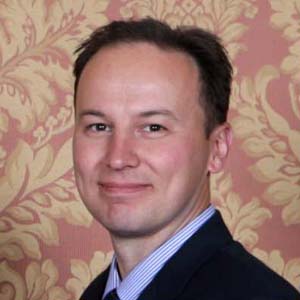 "I am excited to continue my work with Kneaders Bakery & Cafe as President and CFO," states Vincent.  "I am committed to maintaining the high standards that we have established and eager to have an opportunity to introduce the Kneaders brand to more customers in more states."

According to a release from the company, Vincent will work closely with the Executive Team and oversee the growth of Kneaders Bakery & Cafe.

"We are thrilled to have Dave continue his leadership with Kneaders in the role of President and CFO," said Kneaders Founder Colleen Worthington. "Dave has played an integral role in refining the Kneaders brand which has directly contributed to the success and growth of the company.  His leadership will undoubtedly continue to greatly influence the success of the brand."

Vincent has been with the company for 18 years and began his tenure making sandwiches and washing dishes as a part-time employee. He joined the company full-time in 2000 and has continued ever since. He was actively involved in refining the company’s systems and processes which led to a 375% growth in sales over the last five years and expansion to 35 locations in five western states.