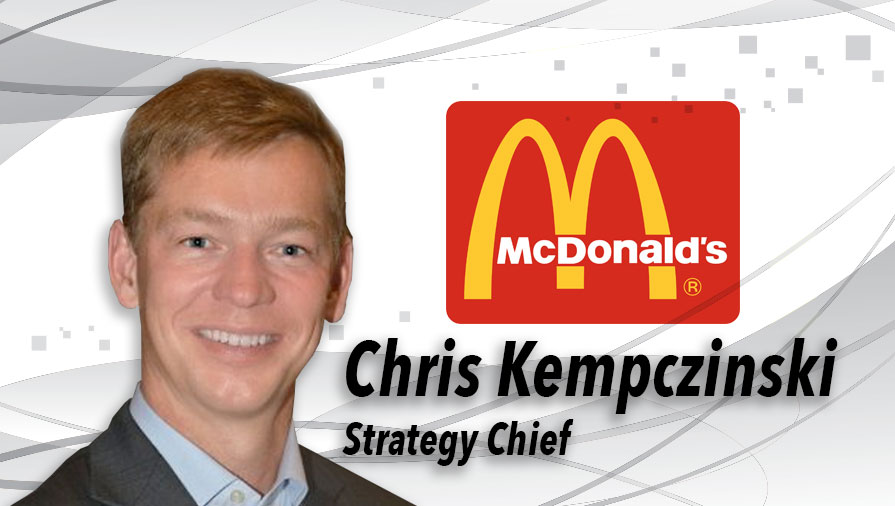 Most recently, Kempczinski served as EVP of Growth and President of International for Kraft Foods, but has also held the position of President of Kraft Canada. Before his five-year career at Kraft, Kempczinski spent eight years as PepsiCo’s VP of Non-Carbonated Beverages, according to his LinkedIn profile. Just months after ousting its former CEO and replacing him with Marketing Executive Steve Easterbrook, Easterbrook announced a broad turnaround plan acknowledging the tight financial position the company was in, as well as increased competition in the U.S. and abroad.

In an interview with Wall Street Journal, new CEO Easterbrook said combining strong talent from outside and inside the company “amplifies and accelerates performance.”

Kempczinski is the third senior hire of note from outside of McDonald’s since Easterbrook noted his plan of shaking up the company’s corporate culture. In June, the company hired former Obama administration Press Secretary, Robert Gibbs, to be Global Communications Chief, and added Former Marketing Executive at Bacardi Ltd. and Unilever, Silvia Lagnado, to be Global Marketing Chief.