Arby’s announced a new deal with United States Beef Corporation (U.S. Beef) that will add 70 new restaurants over the next seven years. U.S. Beef, Arby’s largest franchisee, plans to open an average of 10 new restaurants per year between 2016 and 2022.

"As an Arby's franchisee for nearly 50 years and the largest franchisee with 331 restaurants, U.S. Beef continues to exemplify the gold standard when representing our Brand," explained Greg Vojnovic, Chief Development Officer, Arby's Restaurant Group, Inc. "Along with U.S. Beef's 12 new restaurants and five remodels in 2015, this new agreement will expand their footprint significantly and deliver a deli-inspired delicious Arby's experience to guests in many new areas." 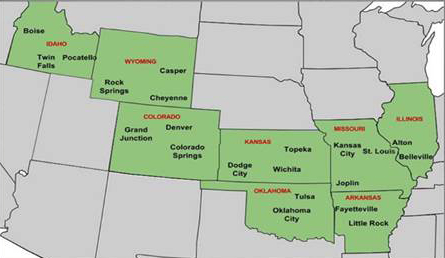 U.S. Beef will also be continuing its aggressive expansion in markets that include Denver, Grand Junction, and Colorado Springs, CO, and Boise, Idaho, as part of the new agreement, the company says. Additionally, U.S. Beef has extended its development commitments in long-established markets in Oklahoma, Kansas, Missouri, Arkansas, and southwest Illinois.

"This development commitment reaffirms our strong belief in the long-term growth of the Arby's brand," said John Davis, CEO, U.S. Beef. "We are thrilled to bring Arby's to several underpenetrated markets attracting many new guests as well as those who simply haven't been to Arby's in quite some time. We are confident that guests will love our high quality, Fast Crafted™ menu items and the new Inspire design of the restaurants."

Arby's remains on track with its goal to surpass $4 billion in total system-wide sales (SSS) by the end of 2018, according to a press release. This comes just after the announcement that Arby's produced an 8.9 percent increase in U.S. system SSS through the first three quarters of 2015 vs. one year ago.

We Have The Meats™