Beef Consumption on the Rise for First Time in a Decade

Amid the growing trends of vegan and vegetarianism over the past few decades, it looks like beef is finally ready to make its big comeback.

For the first time since 2006, beef consumption will be higher this year than it was last year. At an estimated 54.3 pounds of the red meat per person, Americans will be eating nearly a half a pound more this year than in 2015, according to data from the U.S. Department of Agriculture. 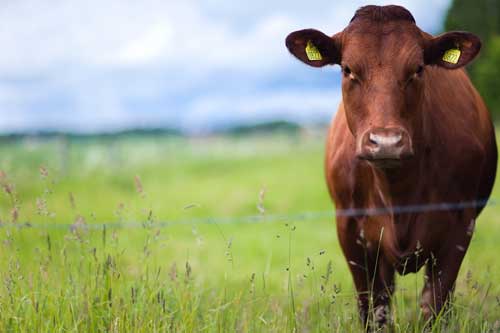 Why all the meat on the menu all of a sudden? Both cheaper prices and a ramping up of cattle supplies are a big part of the push, analysts say.

“Certainly there’s been a big push towards eating more meat and more meat proteins,” Altin Kalo, an analyst at Steiner Consulting Group, told Bloomberg, adding that increased beef production is contributing to the rise in consumption. “Suddenly there is this extra supply of meat… You’re going to have to somehow consume all of it.”

As of early 2014, U.S. cattle supplies were the lowest in more than six decades after years of drought in the South and Southwest, according to Bloomberg, sending beef prices to record highs. Ever since ranchers have been able to recover by raising more and more cattle, and the data shows. The latest data from the USDA show cattle numbers in the U.S. at their largest in over five years.

In tandem with these increased supplies, the Bureau of Labor Statistics found that a pound of ground beef is selling for $4.38, which is 7% less than in February 2015.

When you look at the latest array of fast food companies' meat deals, it's easy to see the industry is responding. Promotions like Texas Roadhouse’s “Wild West Wednesdays,” offering an 8-ounce sirloin steak and two side dishes for $9.99, Wendy’s 4-for-$4 cheeseburger promotion, and Chili’s 2-for-$20 dinners featuring less-expensive beef, are all capitalizing on the increased beef production and lowered prices, and in turn, further increasing consumption of the category.

The Wendy’s Company (NASDAQ: WEN) is the world’s third largest quick-service hamburger company. The Wendy’s system includes more than 6,500 franchise and Company restaurants in the U.S. and 29...