How is the company impressing purists and earning accolades with its signature take on a classic Campo Seco?

The story of Charlito’s Cocina tends two ways—toward a forward-thinking way of business and a historic culinary tradition. Since its beginnings in 2011, the company has worked to make artisan dry-cured products, make these products more accessible to consumers, and to extend the rich gastronomic history of cured meat developed in the days prior to refrigeration.

I recently had the opportunity to ask Charlito’s Cocina Sales Representative Benjamin Parker about the origins of the company, its recent nomination for a 2018 Good Food Award, and the exceptional craft meats that Charlito’s Cocina produces. 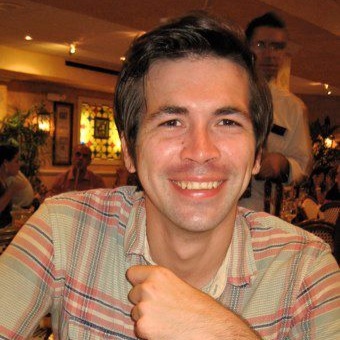 “Charlito’s Cocina began in 2011, inspired by a desire to celebrate the food preservation tradition of curing, as well as the goal of making high quality cured foods more accessible,” said Ben. “Our products are simple and made with the best ingredients we can find, with technique that has survived and evolved through generations.”

Ben told me that the company began from humble roots, as a hobby for Charlito’s Cocina’s Founder and namesake Charles “Charlito” Wekselbaum.

“He was driven by his curiosity for how leaving meat in the zone where it’s most prone to spoilage for long periods of time, with the proper care could make it do the opposite of spoil—and be transformed into something long-lasting and delicious,” Ben explained. “He started with only 25 pounds of raw meat—making roughly 13 pounds of dried salumi—that he sold out at local farmers-style markets in New York. The next batch was 50 pounds of raw meat, and so on.”

After studying under a master charcuterier at the French Culinary Institute in New York City and traveling to Salamanca and Extremadura, Spain, to study the classic Spanish tradition of curing meats and other foods, Charles and the Charlito’s Cocina team have a pedigree to match the Spanish-style cured meats the company produces, but he told me, his story would be incomplete without mentioning his mentors in the United States. 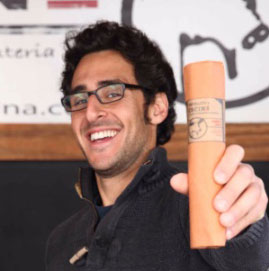 “What really made the difference for me though, were a couple of people who ran an old-fashioned salumificio here in the States—that took me under their wings and taught me what needed to be done to realize the idea of a high quality salumi production under USDA inspection,” Charles told me. “It doesn't necessarily have the romance of Spain or a Culinary Institute, but it is the truth, and I would be leaving out one of the most essential parts of the story if I didn't make this clarification. If it weren't for these two individuals, their immense amounts of knowledge, their tutelage, their guidance, their patience, and their persistence with me, I don't think Charlito's Cocina would exist."

This November, Charlito’s Cocina was chosen as a finalist for the 2018 Good Food Awards for its signature Campo Seco. 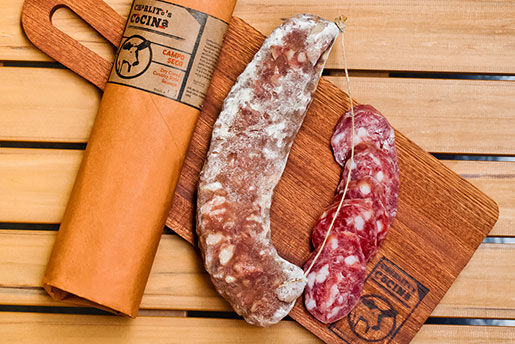 “Having the Campo Seco as a finalist for the Good Food Award is a huge honor. The Campo Seco is the purest expression of what we do,” said Ben. “The Campo is a showcase of the two most important ingredients in our process—pork that is raised using sustainable methods, and hand raked, solar evaporated sea salts. Those ingredients are consistent throughout our entire product line, but for the Campo, we do not add additional spices, so what you taste is the pork, the salt, and our curing process. It is a bit of an unsung hero among our offerings because of its simplicity, particularly when compared with our Salami Picante or Trufa Seca.” 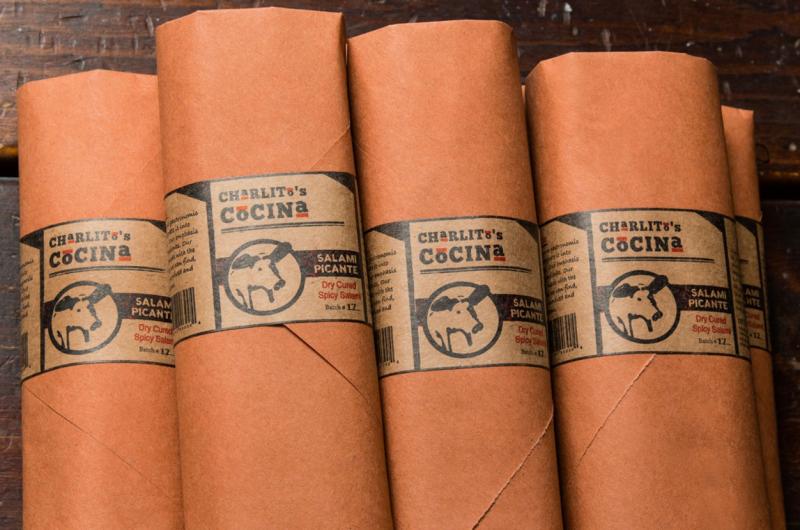 “One of the things I really love about this salami is how incredibly versatile it is. It can be paired with just about any good cheese, wine, beer, or spirit. It’s an ideal salami for a weekend night of hanging out, or just laying low. That said, it’s also a fantastic addition to a standard grocery list,” Ben added. “I can tell you that knowing that there is always a Campo Seco in my refrigerator, to slice up as a quick snack, throw on a sandwich, toss in a stew, or finish my eggs with. Salami is, of course, something that is traditionally seen as a ‘special occasion’ purchase to be eaten on a charcuterie and/or cheese board, with a nice drink—and it is amazing for that. We, as well many of our customers, do it all the time. That said, salami is also a very useful, nutritious, and a relatively economical ingredient to keep in your kitchen. It has even saved me money, if you can believe, as there have been many times where I decided to not buy additional meat for my house, knowing that a few slices of Campo to go along with some nice veggies, perhaps a hearty grain, or a warm piece of bread, can make for a highly satisfying and healthy meal.”

For more on Charlito’s Cocina, salumi, and other exceptional product offerings in the dairy, deli, and bakery industries, check in with us and Deli Market News.