Looking to capitalize on an exploding trend, Columbus Craft Meats has announced the release of two new snack lines—a line of Paninos, bite-sized rolls of salumi and cheese—and a line of Salame & Cheese Crisps.

"People continue to replace traditional meals with snacks, and now we offer Columbus' delicious salami products in a snack size to enjoy while on-the-go," noted CEO Joe Ennen, in a press release. 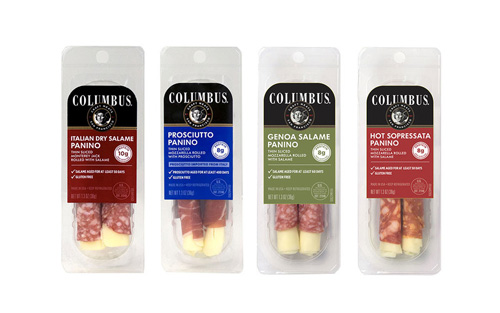 Columbus’ Panino line has, since being introduced in 2016, grown over 800 percent; the line now offers a two-roll pack in various flavor combinations, including:

The company’s line of Salame & Cheese Crisps continue this trend toward on-the-go snacking with perfectly portioned bites of salami and sourdough cheese crisps. Because they don’t require refrigeration, the company’s crisps offer exceptional convenience for consumers and retailers alike and can be stocked in a variety of retail locations and cross-promoted throughout the store. 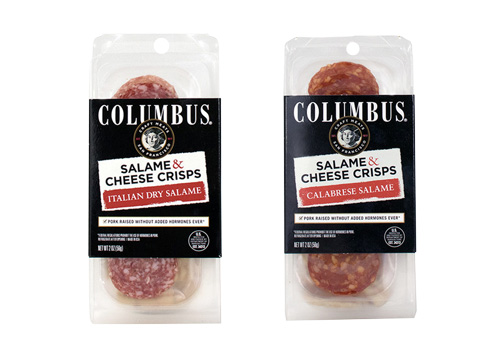 Both snack-sized Columbus Paninos and Columbus Salame & Cheese Crisps are currently available in select grocery stores throughout the U.S.