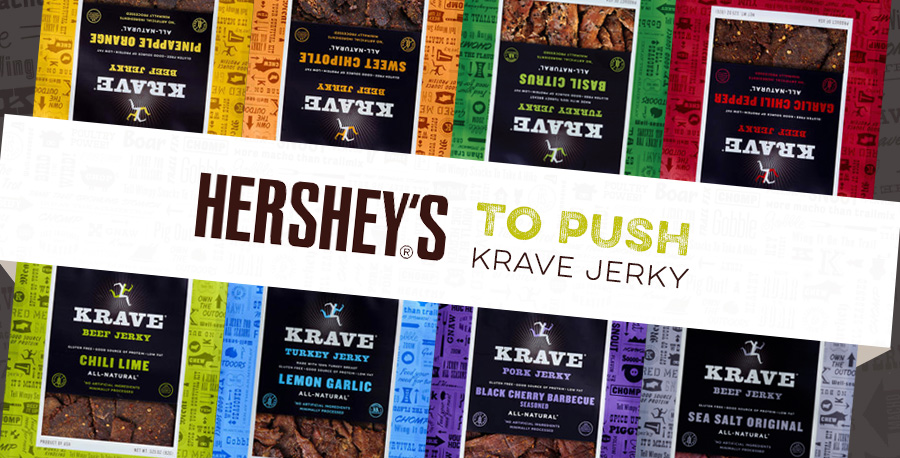 Expanded distribution and new "substantial snacking items" on the way

Hershey’s is planning to increase distribution for its popular Krave Jerky brand to meet the ever-growing consumer demand for meat snacks.

Last year, the chocolate manufacturer purchased Krave for an estimated $200 to $300 million to expand its snacking portfolio. The acquisition has already begun to pay off, as Krave sales nearly doubled in 2015, according to a MarketWatch report.

John P. Bilbrey, Chairman, President, and CEO of Hershey’s, said in the company’s Q4 2015 financial report that the Krave meat snacks business and integration “is on plan.” The company also reported that its net sales in North America is expected to be driven primarily by confectionary and snacks growth, including Krave meat snacks distribution gains, according to the financial report. And more snacking items will be on the way, MarketWatch says. Bilbrey added that 2016 willl include "a broad-based launch of substantial snacking items."

At the time of the acquisition, Jonathan Sebastiani, CEO and Founder of Krave Jerky, said, “An important focus of Krave Jerky’s business strategy is to push the boundaries within our category and to stay on top of ever-changing consumer needs. Joining the Hershey family will extend our resources for innovation and expand Krave Jerky’s presence in the larger healthy snacking category.”

Though it appears that the male demographic is the largest market for meat snacks, a research report published by the NPD Group in June 2015 found that the category is also gaining popularity among women, according to MarketWatch.

As consumers’ tastes begin to shift, this increase in distribution may be just the thing that keeps Krave top of mind for the New Year.

For more on Krave Jerky, stay tuned to DeliMarket News.

KRAVE Jerky is a guilt-free way to feed your need for meat. KRAVE is perfect for healthy snacking on-the-go, made with lean cuts of tender top round sirloin beef, center cut pork leg, and...