With its current CEO retiring, the company details what's next for its executive leadership

“It is truly an honor to be elected as the next CEO for Hormel Foods,” said Snee. “This is a remarkable company made up of thousands of inspired employees dedicated to providing inspired foods to our customers around the world. Jeff has guided us with his strategic leadership, brave innovation, unquestionable integrity, and unwavering commitment to our communities and corporate citizenship. It has been a pleasure to work directly with Jeff over the past year, and I look forward to leading the company with this legacy of excellence. I am certain we are well positioned for future success in the years to come.”

Hormel Foods thrived under Ettinger's leadership, growing through strategic acquisitions, organic growth, and a continued focus on new product innovation, according to a press release. In addition, Ettinger has also won several awards, including in 2012 when he was named Responsible CEO of the Year by Corporate Responsibility Magazine, and the most recent one being the 30 World's Best CEO's by Barron's. 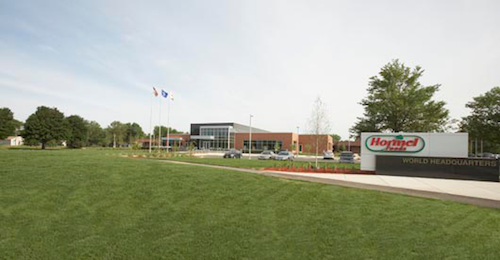 Snee is a 27-year veteran of the company and served as President and Chief Operating Officer for the last year. During that time, he led all of business segments and global operations including Grocery Products, Refrigerated Foods, Specialty Foods, Jennie-O Turkey Store, and International & Other.

"Jeff has expertly piloted the company to significant growth and success during his tenure, leading a talented management team in the delivery of strong and consistent returns to Hormel Foods shareholders," said John L. Morrison, the Board’s Lead Director. "Under his leadership, the company added to an outstanding portfolio of brands through numerous strategic acquisitions, most notably Wholly Guacamole®, Skippy®, Muscle Milk® and most recently, the Applegate® and Justin’s® brands. While Jeff will certainly be missed, I am equally as confident in the leadership of Jim Snee as he assumes the role of CEO."