Adding to the company's all-natural offerings with five new products 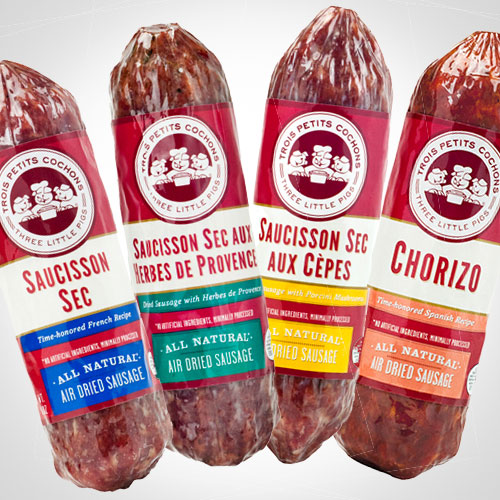 The company’s new selections are available now in pre-sliced packages. According to a recent press release, each of the five new offerings are all-natural, with no nitrities or nitrates added, and are also Gluten-Free.

The five selections in the Les Trois Petits Cochons’ Sliced Charcuterie Collection are as follows, with the following pairings for retailers to consider for additional purchase value: 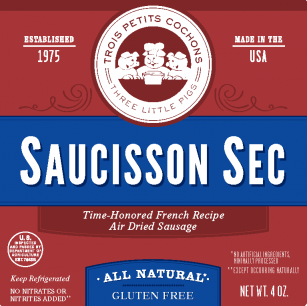 This selection is a savory blend of pork, salt, and other spices, in a 4oz pre-sliced package. The recipe comes from the French Pyrenees Mountains, and boasts a hearty texture and rich flavor. The company suggests these pairings: 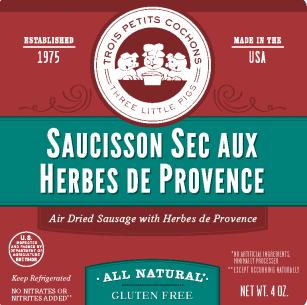 Available in 4oz pre-sliced packages this Pyrenees Mountains recipe blend of pork and salt also features select French herbs such as thyme, rosemary, and lavender. The company suggests the following pairings for its texture and flavor: 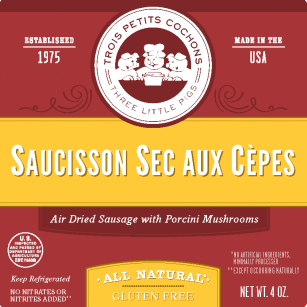 Another blend of pork and salt, featuring porcini mushrooms in a recipe from the Pyrenees Mountains of France in 4oz pre-sliced packaging. To match its rich flavor and texture, the company suggests: 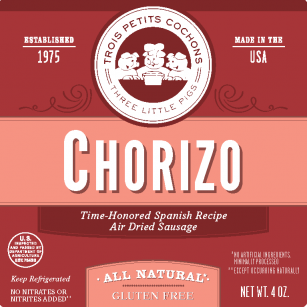 This 4oz pre-sliced packaged blend of pork and salt, features Spanish smoked paprika to match the Spanish-style cured sausage. To pair best with its intense flavor, the company suggests: 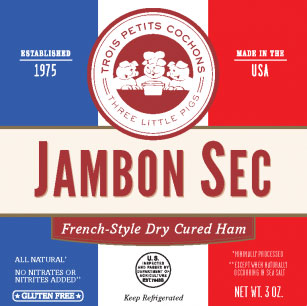 This French-style cured ham is made from the rear haunches of a pig, and cured over 14 months. The recipe calls for just enough salt to preserve the meat, while allowing it to stay tender and sweet. This selection is available in 3oz pre-sliced packages, and pairs best with:

Les Trois Petits Cochons has been offering pâtés, charcuterie, and other authentic French offerings since 1975. Its products, handcrafted in small batches, are available in online and in major retailers nationwide.

Our all-natural pâtés, terrines, mousses, cornichons, petits-toasts, mustards, saucisson, and other French specialties are hand-crafted in small, handmade batches with only the highest-quality...