Man Accused of Stealing $1,900 Worth of Meat

Did this butcher make off with a valuable score of meat from this notable grocer?

After receiving a tip, deputies have charged an Albertsons employee of stealing a huge amount of meat from a single store’s butcher shop.

Deputies have charged 26-year-old Mikeal Hurtado with embezzlement and receiving stolen property after finding him in possession of $1,900 worth of stolen meat, according to news source KRQE.

The manager of the Carlsbad-based store told deputies that he found surveillance video of Hurtado taking boxes from the store after noticing an unusually high loss from the department.

When officials paid Hurtado a visit at his home, they found two freezers with the almost $2,000 worth of product. 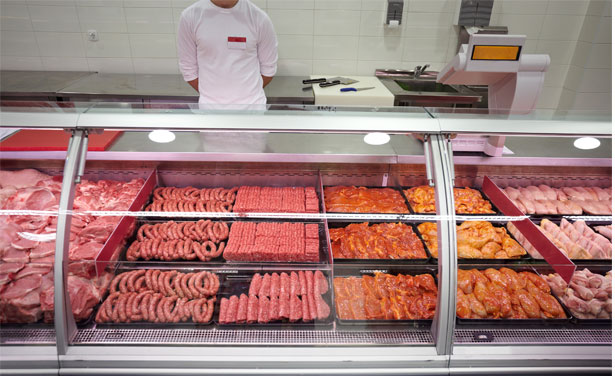 Penalties for embezzlement of this magnitude, that is of property stolen worth more than $500 but less than $2,500 in the state of New Mexico, include a fine of up to $5,000, up to 18 months in prison, or both, according to Monica Steiner, member of the California State Bar and contributor to legal source Nolo.

It was not reported if Hurtado acted alone or if others are suspected to have been involved.

Deli Market News will report any further developments on this stories as more details become available.