Combining eye-catching imagery with simplicity, the Director of Marketing discusses the successful launch of this new tech…

Schaller & Weber has been on a path of steady upward momentum, with no signs of slowing. Celebrating its 80th anniversary and tucking accomplishments under its belt such as refreshing its packaging and updating its recipes to all natural, the team behind the Schaller & Weber has recently launched a new endeavor to further its brand success; an updated website.

Jesse Denes, Director of Marketing, recently told me that this website debut is more than just a customary update to a useful tool, but an opportunity to further the brand’s longevity in the marketplace. 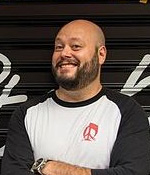 “Our new website very much matches where we are going as a brand in the market. Our goal was to showcase our items in a way that relates to how our customers will use them themselves,” Jesse tells me.

Jesse says that with German items in particular, such as Schaller &Weber’s high-quality products, there’s a prominent tendency to just pair the meats with bread and never venture further. The company’s new website circumvents that notion, and easily demonstrates the wide range of uses for its offerings.

“Our products are extremely accessible and go well with simple pairings, but there’s so much more you can do with them, if you’re so inclined,” Jesse continues. “From an informational standpoint, we wanted to be as detailed and thorough as humanly possible.”

Thus, visitors to the new website will find an intuitive online experience, coupled with engaging imagery.

Schaller & Weber’s new website also rides an artful line between illustrating the versatility in its products, and interweaving the interesting history behind its selections and company. To ride the wave of this successful launch, the company has also helmed a new video series called “How to Meat.”

“I’m so excited about this video series! It’s going to showcase some conventional, and not-so-conventional, uses for our product. We worked with our friend Claire Robinson from Food TV to harness her in-depth knowledge about the products, along with her signature charm and enthusiasm to make it a great experience to watch,” Jesse says. “Plus, who wouldn’t want to watch bacon sizzle?”

Schaller & Weber’s new website, chock full of top-notch imagery and a deluge of information, launched earlier this month and can be seen here. But that’s not all for the company. Jesse says to stay tuned as fall continues for some big plans surrounding this year’s Oktoberfest. Prost!

For 80 years, New Yorkers and customers worldwide have trusted Schaller & Weber for acclaimed authentic, German-style meats and the finest charcuterie.