Tyson Foods' CEO to Step Down

With shares down almost 15 percent on Monday, November 21, 2016, after the meat processor forecast lower-than-expected 2017 profits, Tyson Foods Inc. announced that CEO Donnie Smith will step down at the end of the year, according to Reuters.

Company President Tom Hayes will succeed Smith, who has lead the company since 2009. Hayes was brought on to the Tyson team in 2014 when the company purchased Hillshire Brands Co, where Hayes served as Chief Supply Chain Officer. 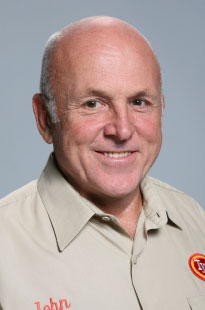 "The board's decision to name Tom (Hayes) CEO at this time was based on both his track record and how his skills align with the company's strategic direction and continuing evolution," John Tyson, Chairman of the Board and grandson of the company’s founder.

Tyson reported disappointing quarterly sales that the company attributed to increased investment spending, a prepared foods production hiccup following the closure of a factory, and a damaging mix of lowered demand for chicken and spiking cost of chicken feed.

Tyson has forecast profits of $4.70 to $4.85 a share in the year ending September 2017, falling well below analysts’ average estimate of $4.98 a share. The company had said it would boost capital spending to $1 billion from $700 million in 2016 to increase production and improve worker and food safety, animal welfare, and improve its supply chain.

The company's sales fell 12.8 percent to $9.16 billion in the fourth quarter ending Oct. 1, 2016, completing four straight quarters of decline. Analysts had expected revenue of $9.38 billion. Sharply lower beef prices and lower prices for value-added chicken products were the main causes of the shortcoming, according to the company.

Tyson has canceled its regular earnings call with journalists, though executives did speak to analysts.

Looking to shore up profits, the company has begun to shift resources toward more value-added products like pre-seasoned meats and heat-and-serve meals that command higher profit margins.

For more on the story as it develops, check in with us at Deli Market News.