The company announced the news of its former Chairman, President, and CEO with a heavy heart, reflecting on the man it said was not destined to become an executive, much less to lead from the late 1950s until 1999, but worked his way there out of sheer tenacity, courage of conviction, and a healthy dose of luck. 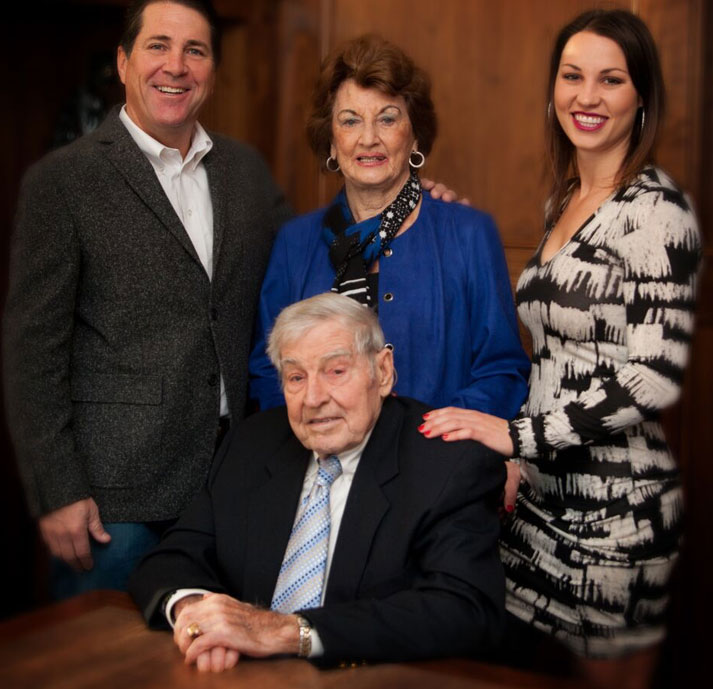 “I started delivering groceries when I was 10 years old,” Dan said during a 2008 interview with Business Central. “All the able-bodied men were gone because of the war. I’d put a pillow on the seat so I could see out the window when driving the delivery truck.”

Born to humble beginnings as the third of seven children to Duke and Florence (Graham) Coborn, he worked a number of odd jobs with his brothers, Bob, Bill, and Ron.

“You’re the boss’s son so you have to do it all,” Dan once remembered his father saying. 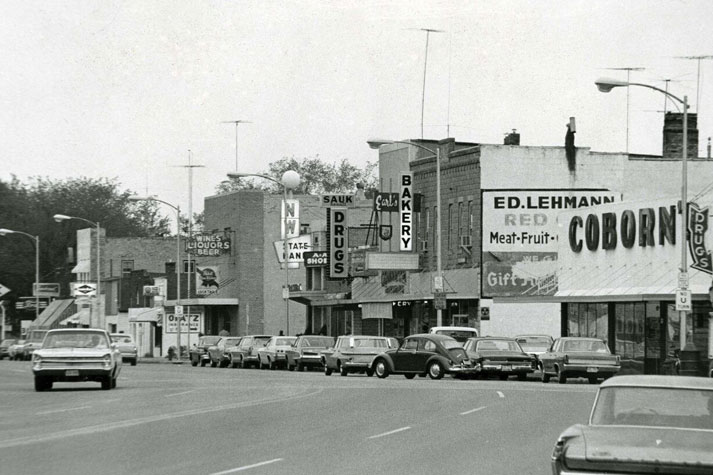 A colorful, mischievous adolescence taught him lifelong lessons of patience, enduring optimism, and the power of second chances–lessons the company said had a remarkable influence that helped shape Coborn’s, Inc. into the company it is today.

Dan graduated from Saint John’s University in 1952 with a degree in economics, marrying Mabel Hansen of Rockville, MN, that same year.

When his father passed suddenly in 1959, his brothers decided Dan should take the helm. On the growth to follow, Dan said, “We were trying to eke out a living. We needed to expand to support four families. One store was not going to do it.”

In 1963, the brothers purchased their second store. 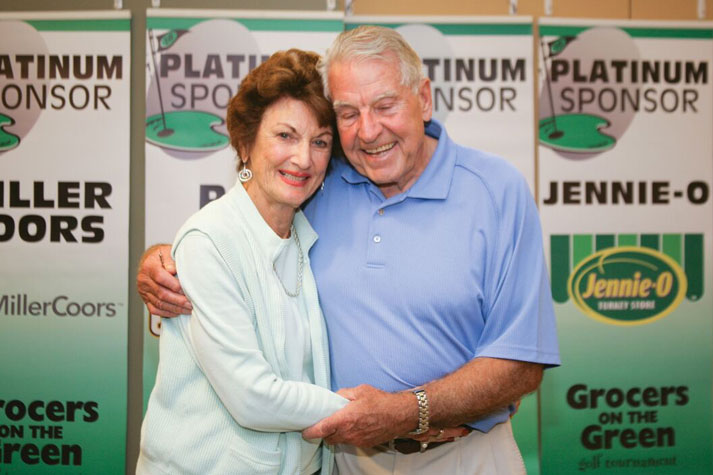 The same bold vision and resolve was how Dan led the company over the years. To see a detailed timeline of that growth, click here.

“We made some bad decisions, but nothing that took the company down,” the leader said. “In the history of the company, we never missed a payroll except for four people–my brothers and me. And that didn’t happen very often. I never lost faith in the fact that it was a good business. People have to eat. They have to get their food from someplace.”

His basic principles for business, leadership, and treating others well, endure throughout the company today:

Dan’s leadership in the grocery business and commitment to his customers and community earned him recognition over the years. 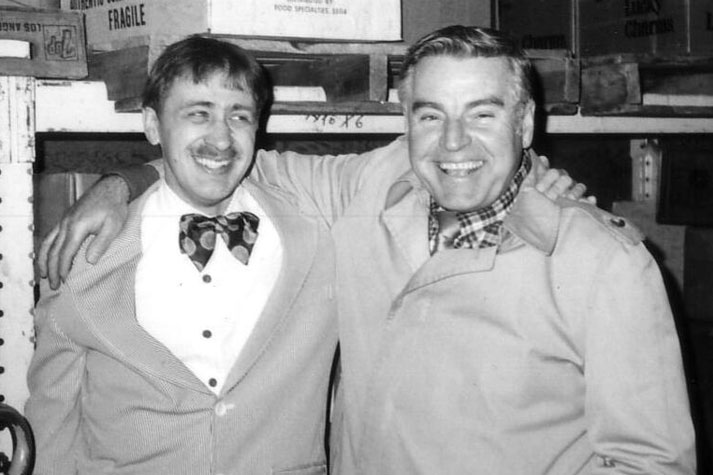 Well into his 80s, Dan would drive from his home in Sartell to the former Coborn’s, Inc. office on the East side of St. Cloud, just to be there and read the paper. He moved a little slower in his later years but he never missed an opportunity to attend a Friday morning staff meeting. “It’s good to see you, Dan,” employees would tell him. “It’s good to be seen,” he’d reply.

“It is rare that a person has the opportunity to work so closely with their father for most of their life,” his son Chris said. “I was blessed to have had my dad be such an influential personal and professional mentor. He was absolutely extraordinary.” 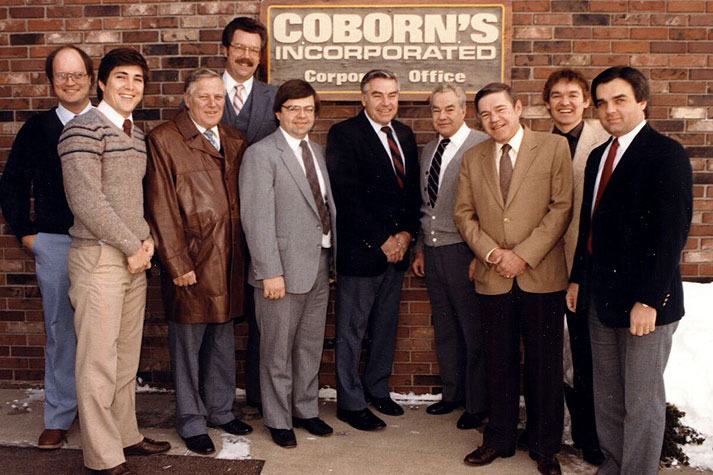 Dan’s success in business created opportunities for him and the company to give back. His generosity touched many organizations and institutions but he had a special place in his heart for education.

He felt a tremendous sense of duty to his community and he and his wife served many different organizations over the years.

“You may be a student; you may not make a whole lot; but you have a responsibility to this community,” he said. 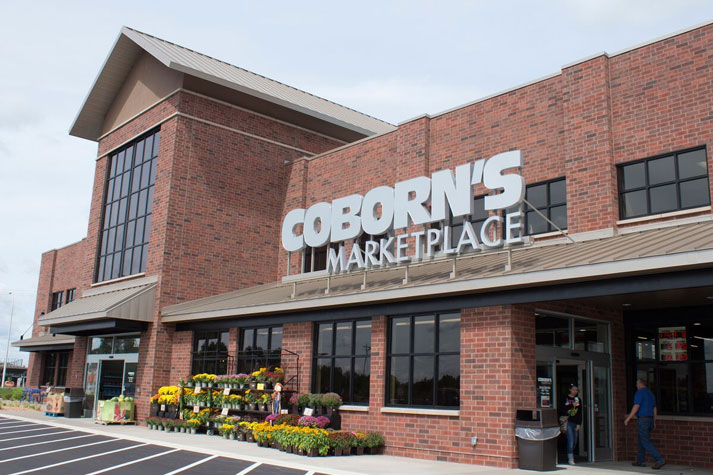 In 1999, he was honored to receive an award on behalf of the company when Coborn’s, Inc. was named one of the Ten Most Generous Companies in America. The award was sponsored by John F. Kennedy Jr.’s magazine, George, and was presented by Kennedy and actor and philanthropist Paul Neuman. “I thought it was a joke at first,” Dan said. He and Mabel flew to New York to receive the honor. “We all share responsibility for the health of our communities,” Dan said upon receiving the award.

In his interview with Business Central Magazine, Dan summed up success in these simple terms, “You work hard, you know what the goals should be, and if you want to put in enough blood, sweat and tears, you’ll succeed.” 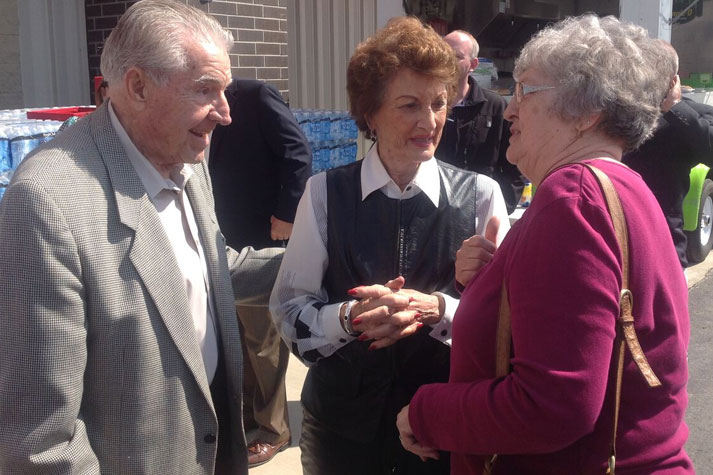 In his later years, Dan found satisfaction spending winters with his wife in Florida and playing golf with friends. He loved watching his son Chris and his management team lead the company into new possibilities.

Dan was adored and beloved by so many at Coborn’s, Inc. He will be deeply missed but we honor his memory with his favorite toast, “Friends may come and friends may go, friends may peter out you know. But we’ll be friends through thick or thin, peter out or peter in.”

The team at Deli Market News offers its sincere condolences to Dan’s family, friends, and all affected by this loss.