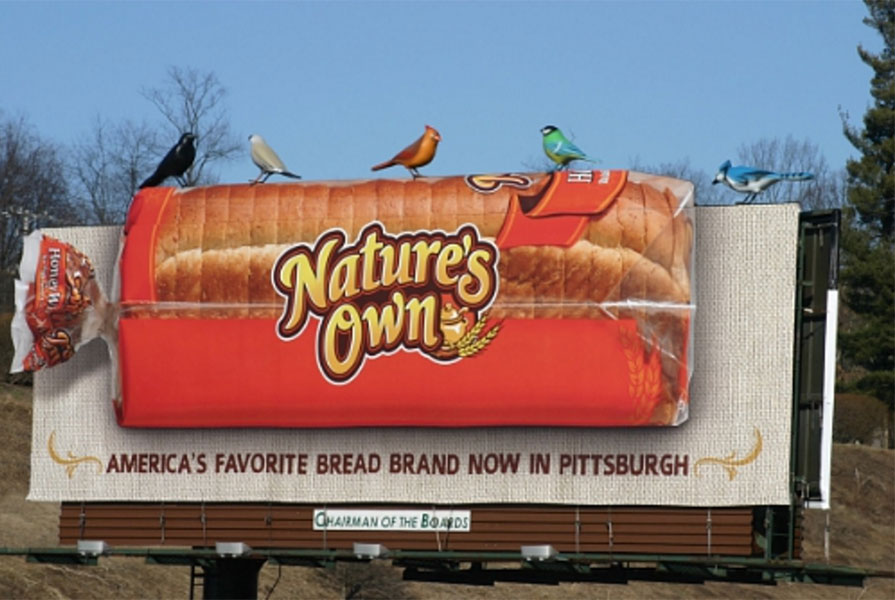 As Twitter's stock slides, these Tweeters go up

Scout, an integrated agency group based in Atlanta, Ga., has wasted no time getting attention from consumers for its new billboard campaign for Flowers Foods' brand, Nature's Own.

Not to be excessive with the compliments, but we love the combination of environmental design, color, and nature. It makes you want to go hang out up there. Well, maybe not everyone would want to do that, but the combination of elements is still really inviting and fun. Overall, the ad exudes a friendly and accessible tone, appealing to all ages and walks of life. Kind of like a amusement park ride while waiting in line, it lends a light note of humor and whimsy to the drive to and from work for daily commuters.

The billboard in question currently resides in Pittsburgh, but there has been a couple more spotted in the cities, Toledo & Philadelphia as well.

According to a quick search on Google Images, the ad appeared in Philadelphia sans birds, so it may be that the birds were a recent addition, and a welcomed one at that.

"To introduce Nature's Own into each new market, Scout combined strong packaging imagery in its out-of-home campaign with a little something extra to cause people to look twice," the company said in a press release.

And it works, maybe because it makes you stop and wonder why you haven't quite noticed the brand before in your store. And it's noticeable enough to make mention of it next time you run into your local grocery store clerk because your chidren are tugging on your pant legs, begging and moaning for you to buy some of the bread so they can try it at home. Nice move, Scout.

Keith Aldredge, VP of Marketing Breads/Rolls for Flowers Foods states, "With this campaign, we were able to build brand awareness quickly in each new market and create excitement and buzz for the brand." You said it. 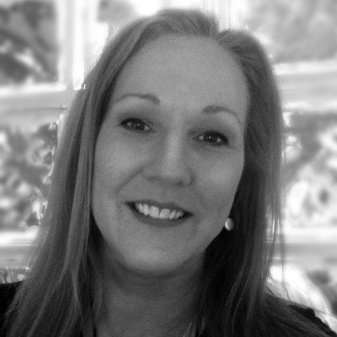 Kerry Hadaway, Creative Director for the project, adds, "Billboards may seem like such an old medium, but brands are getting a lot of attention for great outdoor [and] we wanted to up the level of what Nature's Own expected from an out-of-home campaign and generate considerable in-market awareness and conversation." 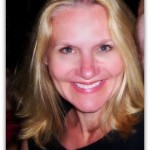 The media planning and buying for the Outdoor campaign to introduce Nature’s Own in new markets was handled by media agency BrandCottage in partnership with Outdoor vendor Billups. "Billups was an amazing partner in bringing this campaign to life," Chief Executive of BrandCottage, Patricia Wilson, tells DeliMarket News.

Apparently, it's working. Consumers are calling Nature's Own and asking where they could get their own. Now that's advertising.