This legislation makes key changes to the state’s Agricultural Producer Security Program that support the stability and growth of the dairy industry.

“The success of Wisconsin’s $46 billion dairy industry is dependent not only on farms producing high-quality milk and processors making some of the world’s best cheese, but also on legislators who understand business owners’ needs to respond to fluctuating market prices,” said John Umhoefer, WCMA Executive Director.

WCMA represents most of the buyers of fresh farm milk regulated by the Agricultural Producer Security Program. These businesses had strong interest in the bill’s provision for deferred payment contracts between buyers and farmers. 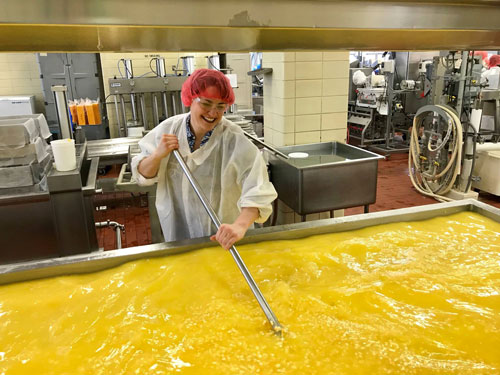 WCMA’s Policy Committee visited the Wisconsin State Capitol in February to encourage lawmakers to act on SB 599, which was authored by Senator Howard Marklein (R-Spring Green) and then-Representative Keith Ripp (R-Lodi), who has gone on to become Assistant Deputy Secretary at the Wisconsin Department of Agriculture, Trade and Consumer Protection. Ultimately, the bill enjoyed broad bipartisan support in both the Senate and Assembly.