Amazon is like a chameleon, ever-adapting to the needs of the environment in which it seeks to thrive. This month, the company is making moves once again, and expanding AmazonFresh to Seattle via its latest store opening.

According to Daily Journal of Commerce, Amazon recently signed a lease in central Seattle with plans to open a new AmazonFresh store. The location will further establish its presence in the grocery sector while bringing a wider variety of fresh offerings to consumers. Standing at 19,000 square feet, the new store features premium updates and an experience to be rivaled. 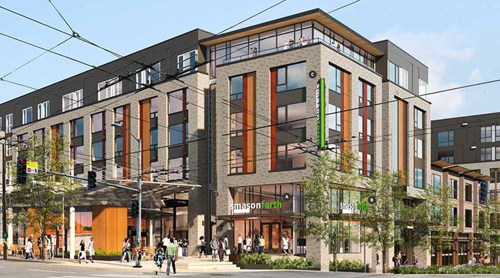 Growth is a foundational element of Amazon, as the company entirely changed the game when its online service hit the market, and it has continued to gain ground ever since. After conquering the online space, Amazon quickly moved in on the grocery sector, purchasing brick-and-mortar locations left and right.

Another massive piece of Amazon’s grocery puzzle is its AmazonFresh delivery service, which recently expanded to Houston, Minneapolis, and Phoenix. With one to two-hour delivery guaranteed, Amazon’s delivery service is one of the most competitive on the market.

While AmazonFresh remains on the top of our list as informed trade news writers, I have to imagine the competition has them at the top of their’s, too.