After 16 years of serving the soupmaker, a decorated executive sets plans to exit his post. Who will take his place?

Whoever thought up the idea of saying “see you laters” instead of “goodbyes” was on to something. Departure can sometimes be a bittersweet thing, especially when it comes to a long-standing relationship. Campbell Soup Company announced today that Ken Gosnell, Vice President of Finance Strategy and Investor Relations, has informed the company of his decision to retire from the company. Although it may be bitter news to swallow, it leaves room for even more sweetness. 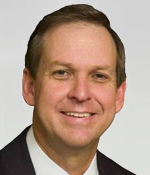 According to a press release, Gosnell has led Campbell’s Investor Relations since June 2015. He joined Campbell in 2003 and served as Senior Vice President of Finance at Pepperidge Farm beforehand. Prior to joining Pepperidge Farm, he worked in various Financial Leadership roles at Compaq Computer Corporation and PepsiCo.

The company is currently conducting a search for Gosnell’s successor. To ensure a smooth transition, he has agreed to stay in his role until a successor is in place. Best of luck to both Gosnell and Campbell’s as they each begin a new chapter. For more of the latest in the industry, stick with us at Deli Market News.