Unfurling its expansion blueprint, the grocer enters into several markets to reach a 6B-dollar operational increase

Seeking out new territory can be a strategic way to ensure your brand fills lucrative gaps in the market. Hy-Vee has done just this, announcing its plans for expansion into four new states. Aiming to complete its goal by 2023, Hy-Vee is looking to expand distribution across Indiana, Tennessee, Alabama, and Kentucky. 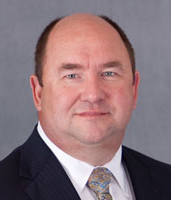 “This is the growth for the next 25 years for Hy-Vee in this territory,” Randy Edeker, Chief Executive Officer said in a video obtained by The Des Moines Register. “If we can build out 50 stores in this market, we estimate that is $6 billion [in sales]. But overnight, we’re going to go from a regional company to a national company. As we build our third DC [distribution center] in the Nashville market, you will see us turn more into a national presence.”

Moving forward, Hy-Vee plans to open more than 20 new stores in these regions over the next four years, as well as its third DC in Nashville, Tennessee, according to the news source. The DC, which is the company’s first distribution facility outside of Iowa, will initially serve seven new stores in Indiana, Tennessee, Alabama, and Kentucky, in 2023 in addition to its existing stores in southern Missouri. 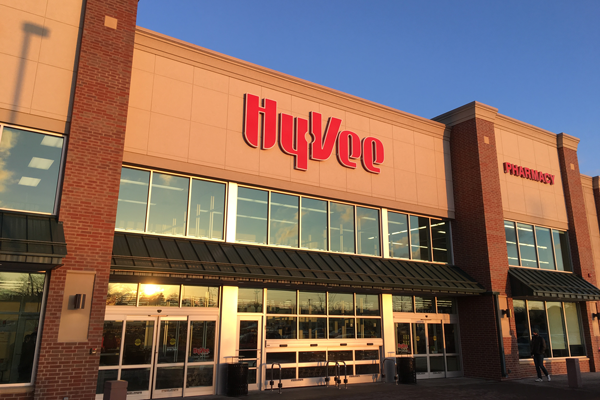 Hy-Vee currently intends to open two of these seven stores in the Nashville metro area, one in Knoxville, and one in Memphis, Tennessee. Additional stores will be located in Huntsville, Alabama; Louisville, Kentucky; and Indianapolis, Indiana.

“You take a look at this map and you see this massive hub of over 50 cities of over 150,000 that are within five hours of Nashville, Tennessee, and that is the strategy that we are starting to think about,” Edeker continued in the video, referencing a map of the southeast region the company is expanding into. “We could open a new distribution facility in Nashville, Tennessee, or that vicinity, and then launch a dozen or so stores over the next two years in that market.” 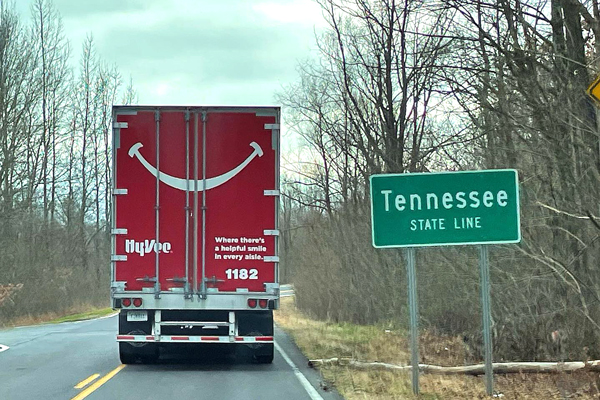 By 2025, Edeker revealed that the grocer expects to build at least 21 stores in the same four-state region, with select employees relocating to the Nashville region as early as January 2022. Hy-Vee currently has over 93,000 employees at more than 285 stores in eight Midwestern states: Illinois, Iowa, Kansas, Minnesota, Missouri, Nebraska, South Dakota, and Wisconsin.

This will be Hy-Vee’s first time entering a new state since 2009, when the company expanded into Wisconsin. Before that, the retailer hadn’t increased its nationwide footprint since 1988.

As we wait to see how these expansions play out, stick with us here at Deli Market News.